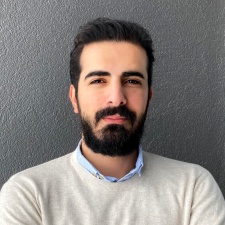 Turkish mobile games firm Loop Games has revealed that is will allocate $100 million towards advertising and investing in its Pethereum.io metaverse, which is currently under development.

This metaverse, incorporating blockchain technology, is planned to launch as an open beta during Q2 this year; its purpose is to allow mobile gaming companies to enter blockchain without concerning themselves over the intricacies of the technology.

As reported by Mobidictum, Pethereum.io won’t have an entrance fee for use, rather, its model will be based on ad revenue and in-app purchases.

"I believe that blockchain games will bring a much bigger evolution than mobile games have made to the game industry in the past," said Loop Games CEO Mert Gür.

"Especially starting from 2022, I think everyone will feel this change in the industry very clearly and will see that it is not a temporary frenzy. Infrastructures, technologies, and marketing strategies waiting for developers who want to make blockchain games are still in their infancy.

"On the other hand, most blockchain game developers have more crypto industry experience than gaming experience.

Loop Games’ Match 3D and Match Tile 3D were both sold to Applovin during Q4 2021, and plans to channel its mobile games experience into blockchain gaming.

Gür continued: "As Loop Games, we plan to make the whole process as easy and accessible as publishing a mobile game by undertaking the game store, NFT market, game-specific blockchain network, and publishing parts to accelerate the transition of mobile game developers to this field with Pethereum.io."

Sometime during the first quarter of 2022, Loop Games is planning to hold an initial coin offering.

In other blockchain news, Sulake recently revealed that the first stage of bringing Habbo to Web 3.0 has been completed, enabling players of Habbo to connect an Ethereum wallet to their Habbo account.