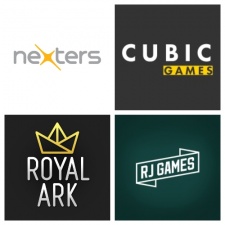 Nexters has revealed that it has invested $100 million into the acquisition of three mobile game studios: Cubic Games, RJ Games, and Royal Ark.

Cubic Games is the publisher of popular mobile first-person shooter Pixel Gun 3D, developed by Lightmap. According to Cubic Games, Pixel Gun 3D has accumulated over 100 million downloads, and has more than 10 million MAUs, and an average of 1.5 million DAUs.

RJ Games is best known as the developer of puzzle RPG Puzzle Breakers, with the acquisition giving Nexters a stronger foothold in this genre. Puzzle Breakers is currently in soft launch on Android devices and is expected to be released in Q2 2022.

Royal Ark is the developer of two survival RPGs, Dawn of Zombies and Shelter Wars. In 2021, Royal Ark achieved $9 million in bookings across its two titles.

The transactions are expected to be made up of a mix of cash and newly issued shares and involve the partial or full acquisition of the parent companies of the three studios.

Through the acquisitions, Nexters is looking to expand its position in the midcore mobile games space, which generates a significant amount of consumer spending, as well as expanding the three studios presence in international markets.

“We are excited to announce the inaugural M&A deals of Nexters as a public company, showing proof of our ambition to consolidate the gaming industry in the Russian-speaking region," said Nexters co-founder and CEO Andrey Fadeev.

"We believe these deals, combined, are one of the largest gaming M&A transactions in the region, and will create a strong foundation for further consolidation.

"There are hundreds of gaming studios with origins from Russia, Ukraine, Belarus, and other
parts of Eastern Europe. This region has always been famous for its talent, passion and
capability to influence the global gaming industry. We have a lot in common and we all create great games, played and adored by millions of people all over the world.

We recently spoke with Airnow and Lab Cave about their recent acquisition process and the importance of a shared vision when approaching acquisitions.