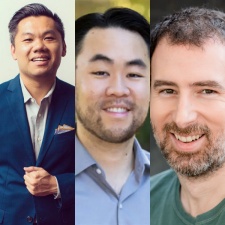 Andreessen Horowitz (a16z) has launched a new $600 million fund exclusively to support games industry commitments, as the firm seeks to capitalise on the ongoing “radical transformation” of the sector.

a16z is a known quality in the games industry, having provided support for Zynga, Oculus, Riot, and Epic Games among others. However, GAMES FUND ONE, has been established in the belief of games infrastructure and technology as the “key building blocks of the metaverse, an opportunity that dwarfs the current $300 billion games industry”.

The fund, led by Andrew Chen, Jonathan Lai, and James Gwertzman, will support games studios with a focus on multiplayer, UGC, and live services; games consumer apps, namechecking Twitch and Discord; and infrastructure.

PocketGamer.biz does not need to remind you of the incredible escalation of investment and interest that the mobile and wider games industry is experiencing. Keep an eye on our Deals tracker, which catalogues every M&A, partnership, and investment news story on the site.