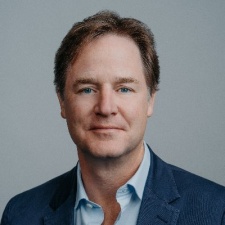 Earlier this week, Meta president of global affairs and former UK deputy prime minister Nick Clegg shared his thoughts on how the metaverse will turn out and "why it matters".

Speaking in the context of Facebook’s rebranding to Meta, Clegg stated that the metaverse represents the "next generation" with a more immersive internet experience.

Current players in the development of the metaverse include Microsoft, Google, Niantic, Roblox and more, but Clegg believes: "There won’t be a Meta-run metaverse, just as there isn’t a ‘Microsoft internet’ or ‘Google internet’ today."

Marring Meta’s first quarterly results for 2022, Reality Labs – the firm’s metaverse division – operated at a loss of $2.96 billion in Q1 this year.

Whilst his suggested implications for the metaverse are largely positive – from virtual glasses providing directions and translating foreign languages, to practising surgeries, to having long-distance conversations via hologram instead of on a screen – Clegg also has concerns regarding people’s misuse of the metaverse, however, and wants to see steps to minimise potential harms.

Clegg wrote: "The metaverse is at a critical early stage in its development [...] Just as we have seen how problems in our physical society have manifested on the internet, they will reoccur in any system or platform regardless of what it is or who builds it.

He speaks of collaboration – that the metaverse should "be developed openly... between the private sector, lawmakers, civil society, academia" and that "no single company can or should control the metaverse".

Spotify recently echoed its interest in the metaverse by unveiling a partnership with Roblox and launching Spotify Island, marking the first music streaming brand’s appearance on the platform.