Developer by Trigger as an educational, utility game 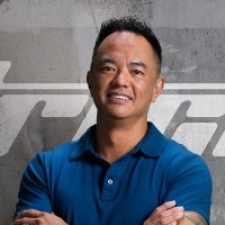 Developed by XR studio Trigger, the title is aimed at young people with its cartoony aesthetic and features touchscreen-based gameplay – players required to drag a finger to direct each swing of the golf club.

The three environments able to be generated – Desert Dunes, Icy Flats, and Meadow – are designed to teach different playstyles to families and children, and a multiplayer component allows both 1v1 and 2v2 PvP. In multiplayer mode, the AR elements are synced so that all players see the same virtual environment.

"Gaming in the real world Metaverse is a core mechanic that can drive not only fun, but education, commerce, and even utility," said Trigger CEO Jason Yim.

"We’re excited to partner with the PGA in building this mobile app and to help them achieve their goal of engaging with youth golfers through gamification and augmented reality."