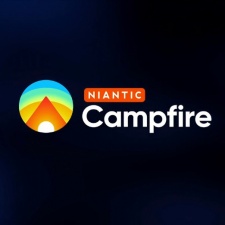 Niantic described Campfire as “the ‘homepage’ of the real-world metaverse – a place where players can discover other players in their local area, message one another and share content, [and] organise their own events and meetups”.

Campfire is currently available for Ingress players, and will be accessible across all Niantic titles in the future.

Lightship VPS required the creation of a new real-world map specifically for AR, using data from existing Niantic players, developers, and surveyors – with over 17 million points of interest submitted from the firm’s combined Ingress and Pokémon GO.

Once a location has been “sufficiently scanned”, it will be activated on the VPS and made available for developers, who can create 10 metre-radius experiences within VPS-supported locations. VPS is currently available in 30,000 locations within San Francisco, Los Angeles Seattle, and New York in the US, London, UK, and Tokyo, Japan.

Despite difficulties experienced during the pandemic, Niantic has been bullish in 2022 with the reveal and soft launch of its latest title, Peridot. Niantic's Karla Reyes also recently spoke with PocketGamer.biz on finding her way into the mobile games industry.