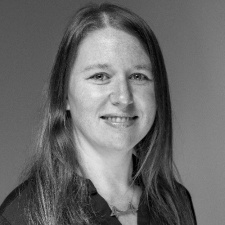 Niantic has unveiled its newest game in development, Peridot, which will soon enter soft launch in select markets.

Peridot is a new mobile game featuring AR creatures that, unlike in Pokémon Go, are part of an original Niantic IP. They can be raised, cared for, and are able to breed unique creatures.

Peridots - Dots for short - can be raised from birth to adulthood and explore the world together with players. While developing bonds with them, players will also diversify the species.

The joy of pets

"If pets are a part of your life, you already know the joy that they can bring," said Niantic senior producer Ziah Fogel in a blog post.

"The simple act of caring for an animal and watching them grow is immensely rewarding, especially when you’ve forged a real bond with your pet."

Given the gameplay is expected to revolve around raising and caring for creatures instead of fighting, this upcoming title may have more in common with Niantic’s Pikmin Bloom than Pokémon Go. Having launched in October last year, Bloom generated almost $500,000 by the time it hit two million downloads.

During Peridot’s soft launch, Niantic plans to test and iterate on the gameplay experience and gather feedback from testers.

The Niantic panel at GDC discussed the challenges Pokémon Go faced during the pandemic when players were unable to leave home.