Developers selected on the basis of growth potential and more 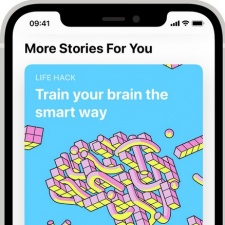 With the launch of Apple’s new Meet the Founders, an editorial series bringing attention to European developers of a smaller scale, apps such as Structured and Stoic have landed in the spotlight.

Apple selected developers on the basis of their growth potential, as well as how the apps reflect their country of origin.

Supporting smaller developers, this new editorial series has launched at roughly the same time as the iPhone's 15th birthday celebration.

Apps, founders, and developers are brought to the forefront in the Meet the Founders post, which is looking set to become a new, ongoing series. Among the apps noted are Mad Skills Motocross 3, Planta, Rivengard, Structured, and mental health tracker Stoic.

data.ai recently predicted that consumer spending on the App Store would reach beyond $21 billion for Q2 this year.

"In this series, we highlight an awesome collection of apps and introduce you to the talented founders behind them to discover what drives them and where they get their inspiration from," stated Apple.

Editorial support is also to come from the App Store with further content surrounding these smaller developers appearing in the store’s "Today" tab.

In recent months, Apple lost a bid that aimed to dismiss a lawsuit by competing app store Cydia. Since, the iPhone creator has also failed to convince the US Supreme Court to hear its bid against chipmaker Qualcomm.