PocketGamer.biz takes a look back at the earliest days of the quintessential mobile handset, following the anniversary of the iPhone’s first release 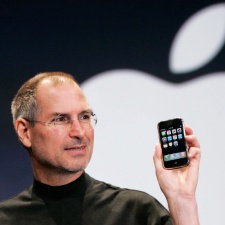 The iPhone celebrated its 15th birthday, following its launch in June 29 2007 and the creation of the smartphone market as we recognise it today. PocketGamer.biz takes a look at the handset’s history, and a look at how closely our own predictions have transpired to be…

Is Apple readying a gaming handheld?

Just one month later, Apple would share with its audience the very first iPhone games, with notable inclusions such as EA’s Spore and Super Monkey Ball, and Gameloft would announce more than a dozen titles on the handset. The firm’s perseverance in the mobile space, and commitment to Apple, with the release of The Oregon Trail on Apple Arcade, is a testament to Gameloft’s endurance.

While VCs were keen to invest in mobile games support from the off, mobile operators were reportedly the stumbling block, according to comments from then-Fishlabs’ boss, Michael Schade: “Four weeks ago I was in San Francisco at the Mobile VentureBeat conference, and VCs were saying that anything with mobile is hot, but only if the mobile operators are not involved.

"They were saying they wouldn't invest in a company where another entity is ultimately deciding whether they're going to make money at all."

While the iPhone 3G helped overcome many shortcomings of the previous generation’s handset, it was the 3G S which really caught the games industry’s attention. Com2uS stated that it was going to enable the true birth of online games – as long as the cost can be reduced.

While the cost of iPhone and high-end mobile handsets in general have skyrocketed, Com2uS was certainly on the ball regarding mobile gaming’s connected future. By September 2009, Apple would sell 30 million iPhones – and 20 million iPod Touch devices.

Similarly, veteran developer Glenn Corpes celebrated the added power of the iPhone 4S over the 4, albeit after some initial disappointment, with its shift from the A4 – then described as having the power of “10-year old PCs” – to the dual core A5.

It’s impossible to discuss the legacy of the iPhone and not bring up luminary Steve Jobs, who passed away in October 5 2011. His ambition certainly disrupted the mobile landscape into what it is today. But his legacy would endure, with the release of the iPhone 5 just 10 months after his passing.

But there was one ambition Jobs did not meet: his vow to “destroy” Android, according to his biographer. PocketGamer.biz thinks the mobile gaming landscape is richer for competition, but there's no doubting his force of will.

Let’s skip forwards a little, with Apple’s foray in AR platforms and the albatross that was the enduring popularity of the iPhone 7. It was a hotly-contested battle between then-Facebook, Tencent, and Apple on which would dominate the AR battleground. Digi-Capital founder, Tim Merel, wrote on The Virtual Report about how the sustaining popularity of Apple’s previous handsets were hampering Apple’s control over the AR market.

iPhone 12 returns to the small time

It won’t have escaped anyone, particularly if you’ve recently held an older iPhone model, how much larger handsets have become. But the iPhone 12 and 13 have brought about a return to the small-time, with Apple’s iPhone Mini line.

And the gaming landscape has changed considerably. Everything continues to change – the enduring and unmet potential of AR and VR, the genres mobile players engage with, and the disruption – both regulatory and within the privacy strongholds of Apple and Google – to how we find, meet, and retain players remains amorphous. Is this what Apple saw in the future, when games started entering the App Store?

Unlikely, but I hope this brief, truncated trip down memory lane has helped resurface some pleasant memories. Happy birthday, iPhone, even if we’re a day late.