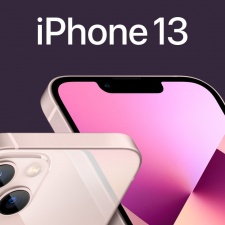 Apple has revealed its next generation of smartphones, the iPhone 13 and iPhone 13 mini.

Coming with "the most advanced dual-camera system ever on iPhone" according to Apple, these new smartphones have sensor-shift optical image stabilization (OIS) and bigger pixels than on older models.

There are five colours to choose from: pink, blue, midnight, starlight and red.

One focus in particular of their reveal was the Cinematic mode; the depth-of-field focus can be changed after filming, which is a first for mobile devices. The two models both come with HDR video recording and Dolby Vision. They support 4K and up to 60 fps on all their cameras.

Another feature of these smartphones is their water resistance rating: an industry-leading IP68 "designed to protect against spills from common liquids", Apple said.

Alongside this announcement, at today’s Apple event there was a showcase for Gameloft’s Heroes of the Dark, a new game coming to the App Store and Google Play Store in October.

It’s a strategy RPG with hero collecting, a dark fantasy world named Tenebris and the teaming up of supernatural creatures. Werewolves, vampires and humans must join forces against the Vampire Emperor, Albus. Battles are 5v5.

These new iPhones will be available on September 29th 2021 and you can pre-register for Heroes of the Dark here.