The latest mobile game to be honoured at the ceremony 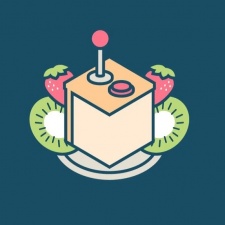 Mobile game Grimguard Tactics has taken home the New Zealand Game Award (Pav) for Excellence in Audio at the 2022 ceremony. The game was also a finalist in contention for the grand prize.

The Pavs, which are a part of the New Zealand Games Festival, celebrates the country’s gaming industry. While Grimguard Tactics was the only mobile title to take home an award this year, the awards have consistently honoured mobile titles in the past. 2020 saw Mini Motorways take home the grand prize, while Agent Intercept received the Excellence in Design and Excellence in Art Visual awards.

Despite overwhelming success, mobile continues to be overlooked

Mobile games have traditionally been overlooked for awards at many ceremonies. At the 2021 Game Awards, for example, Genshin Impact, which won the award for Best Mobile Game, only received one other nomination, despite its continued success.

Since the formation of The Game Awards in 2014, no mobile game has ever taken more than two awards at the ceremony, in sharp contrast to the success of games including Sony’s The Last of Us: Part II, which took home a record seven awards in 2020.

The relatively low profile of the New Zealand games industry could allow for mobile titles, which typically have a smaller budget, to thrive, especially given the fact that the majority of categories are exclusive to New Zealand’s games. As such, mobile games are given a platform which they’re not given at other award ceremonies.

Earlier this year, the mobile gaming sector similarly saw success at the Finnish Game Awards, which has frequently paid tribute to the size and achievements of the Finnish mobile industry.