NetEase and Shueisha Games partner up on unVEIL the world

The RPG will launch on iOS and Android 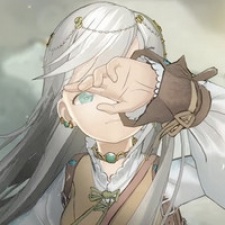 NetEase and Shueisha Games announced that they are co-developing unVEIL the world – a tactical hero summoning RPG. The game will feature character design by Posuka Demizu, illustrator of the popular manga The Promised Neverland.

The game will see characters scaling a mysterious tower, which holds portals to other worlds.

The announcement was made at Tokyo Game Show 2022, one of the largest video game conferences in Japan.

Details on the title are scant, however we do know that the title will be a single-player game with optional in-app purchases.

NetEase has long been a dominant player in the mobile gaming sector, and one of the largest internet and video game companies in the world. This is largely due to the company’s strength in China, both on its own titles and through partnerships with other companies. For example, NetEase operates the Chinese versions of Blizzard titles such as World of Warcraft and Overwatch.

The company recently saw massive success with Diablo Immortal, which it co-developed with Activision Blizzard. The game generated over $49 million dollars in revenue in the first month, and an additional $97 million in August following its delayed release in China. However, the company have been branching out in recent years, with acquisitions of AAA developers such as Quantic Dream and increasing attempts to break into other markets worldwide, such as Poland.

This new partnership sees NetEase increase its efforts to expand into the Japanese market. To this end, the company established Nagoshi Studio in the country earlier this year, hiring Sega veteran Toshihiro Nagoshi as studio head.

Last month, we listed NetEase as number one on our list of the top 50 mobile game makers of 2022.