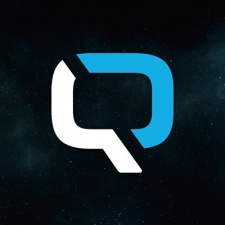 NetEase has acquired French developer and publisher Quantic Dream, which will become its first European studio.

Quantic Dream is best known for its narrative-driven adventure games, such as Detroit: Become Human, Beyond: Two Souls, and Heavy Rain. The company helped solidify the growing trend of branching storylines, with the company eschewing traditional game overs and instead having the story change depending on a player’s actions.

“We are thrilled to embark on an exciting new stage of growth with Quantic Dream, bound by our shared vision, mutual trust and respect,” said NetEase CEO and director William Ding. “NetEase will continue to fulfil our promise to support Quantic Dream to realise its full potential. By combining the wild creativity and exceptional narrative focus of Quantic Dream with NetEase’s powerful facilities, resources and execution capabilities, we believe there are infinite possibilities that could re-define the interactive entertainment experience we provide for players worldwide.”

Quantic Dream will continue to operate as an independent entity, leveraging NetEase’s significant development capabilities during focusing on the development of high-quality AAA experiences, as well as supporting and publishing third-party titles in its own right.

Ready for an adventure?

As such, it appears that there are no plans at present for Quantic Dream to work on mobile titles, with their primary focus remaining on its traditional market. However, the company has previously implemented optional mobile support for its title Beyond: Two Souls, allowing players to use their smartphone as a controller through the Beyond Touch app.

“Today marks an important milestone for our studio after a quarter century of complete independence,” said Quantic Dream CEO and writer-director David Cage. “NetEase Games values our creative freedom and the drive and passion of our uniquely diverse team. We will now be able to accelerate the vision we share as a group, of creating landmark titles that touch people on an emotional level.”

“We have highly differentiated games in the making and I truly believe that the best is yet to come from Quantic Dream. I am particularly proud that our employees, who were offered a significant share of our capital over the past years, will fully benefit from this acquisition. It is a testimony to our continued commitment to reward all those who have made Quantic Dream the successful studio it is today.”

We recently listed NetEase as the top mobile game maker of 2022.