Psyonix, developer of Rocket League Sideswipe yesterday announced their official 1st anniversary event would go live on November 16th, so 1 year on, what can we learn from it? 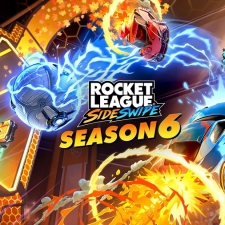 Rocket League Sideswipe, the mobile version of Psyonix’s popular PC and console multiplayer game, will see its first anniversary celebrated from November the 16th. The celebration will include a new “Heatseeker mode” as well as a crossover event with the main Rocket League title where players can gain rewards for both games by playing either title. The anniversary will also mark the beginning of season 6 for the game, with corresponding cosmetic awards.

Developer Psyonix was acquired back in 2019 by Epic Games, with the original Rocket League joining their burgeoning line-up of mobile games including the mega-hit, Fortnite. With that in mind, it’s no surprise then that Rocket League made the jump to mobile, or that it’s easily cleared its 1st anniversary. We interviewed some of the team from Psyonix about the development of Rocket League Sideswipe at the time, and received key insight into the creation of the game and the ambitions behind it.

More than anything this shows that titles derived from larger and more popular PC and console releases can attain significant success and longevity on mobile. The decision to offer crossover rewards to players is also telling, as it indicates that Psyonix is aware of a significant number of console and PC players who also play on mobile. We’ve written previously about the number of PC and console players who habitually game on mobile, and this is just another indication there is not always a clear delineation between ‘PC, console and mobile gamers.’

Rocket League Sideswipe saw strong performance out of the gate as we originally reported, seeing 20 million downloads in just 40 days, with a strong focus on acquiring casual players and those who didn’t already play Rocket League. Whether Psyonix has now expanded their ambitions to bringing in existing Rocket League players to the mobile title, or perhaps converting mobile players to their console and PC audience, it’s definitely been a success in raising the profile of the game further.