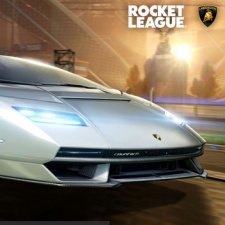 PUBG creator Krafton has announced a partnership with Lamborghini to bring the luxury car brand to the battleground.

Running until April 30, players will have access to four exclusive vehicles such as the Aventador SVJ, the Lamborghini Estoque, and the Lamborghini Super SUV Urus. The cars will each come in two colours, including a limited PUBG Mobile exlcusibe

In addition to PUBG Mobile, Lamborghini has also revealed a partnership with Psyonix  that will bring the new Countach LPI 800-4 to the Rocket League world. Coming on all platforms, the latest car will be scoring a place in the game from March 30 to April 5.

The bundle that includes the LPI 800-4 will be made available in-game for 1100 credits, with other included items being the Lamborghini Countach LPI 800-4 engine audio, Argento Luna Decal, and more.

These partnerships highlight  the growing trend of sponsorships and crossovers between real-world car brands and mobile games. Bugatti Rimac recently brought the Rimac Nevera into PUBG: New State and McLaren’s cars have already appeared in multiple games this year.

The McLaren MCL36 was the first F1 car to have been revealed in the metaverse via Roblox, and since then the McLaren 765LT has been added to New State Mobile in collaboration with the game’s March update.

The trend of non-gaming brands entering the market is continuing to propel in realms outside of cars as well, such as the retail brand Forever 21 launching in Roblox with its real-world clothing collections being added to the metaverse’s stores. In Forever 21 Shop City, the latest clothing releases are made available for purchase for players’ avatars.