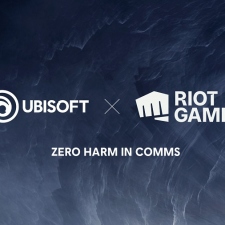 Ubisoft and Riot Games have today announced that they will be collaborating on the Zero Harm in Comms research project. The project will reportedly involve looking at AI moderation for online games in order to reduce toxic behaviour in in-game chat. Both companies are members of the Fair Play Alliance, an organisation dedicated to combating online harm.

The collaboration will also include an approach to ‘pre-emptive moderation’ which is intended to identify and combat potential harmful behaviour before it becomes a problem for others. The joint release states, “Through the ‘Zero Harm in Comms’ research project, Ubisoft and Riot Games are exploring how to lay the technological foundations for future industry collaboration and creating the framework that guarantees the ethics and the privacy of this initiative.”

Executive Director at Ubisoft La Forge, Yves Jacquier, commented on the arrangement, saying “Disruptive player behaviours is an issue that we take very seriously but also one that is very difficult to solve. At Ubisoft, we have been working on concrete measures to ensure safe and enjoyable experiences, but we believe that, by coming together as an industry, we will be able to tackle this issue more effectively. Through this technological partnership with Riot Games, we are exploring how to better prevent in-game toxicity as designers of these environments with a direct link to our communities.”

The main aims of the collaboration are not only to investigate how AI and other technologies can combat online harm, but also to build a framework for this sort of collaboration going forward. Hopefully allowing other companies to work together on improving their moderation process in online games. According to the release, the intent is to mix Ubisoft’s existing experience in AI, with Riot Games’ catalogue and vast multiplayer audience in order to have a satisfactory sample size of online interactions. Privacy, it mentions, is also key in this case.

Meanwhile, Head of Technology Research at Riot Games, Wesley Kerr said “Disruptive behaviour isn’t a problem that is unique to games - every company that has an online social platform is working to address this challenging space. That is why we’re committed to working with industry partners like Ubisoft who believe in creating safe communities and fostering positive experiences in online spaces. This project is just an example of the wider commitment and work that we’re doing across Riot to develop systems that create healthy, safe, and inclusive interactions with our games.”

Previously, Riot Games has made some major business decisions including the cessation of a deal with Singaporean company Garena to publish a number of their mobile games in the Asian and Pacific region.