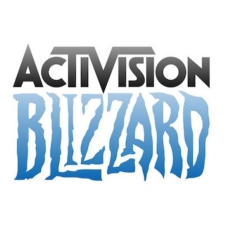 The Activision-Blizzard acquisition remains in the headlines, likely to Microsoft’s chagrin as the battle to make sure the deal goes through grinds on. However, it seems the end is not yet in sight, if reporting by media outlet Politico is anything to go on. According to Politico, unnamed sources have said the FTC may seek to block the deal pending legal action or further investigation. With UK regulators already digging further into the details of the acquisition this means it is already unlikely to close until Spring at the earliest.

According to the article, the concerns of the FTC remain squarely on Sony’s concerns in the realm of console gaming “Central to the FTC’s concerns is whether acquiring Activision would give Microsoft an unfair boost in the video game market. Microsoft’s Xbox is number three to the industry-leading Sony Interactive Entertainment and its PlayStation console. Sony, however, has emerged as the deal’s primary opponent, telling the FTC and regulators in other countries that if Microsoft made hit games like Call of Duty exclusive to its platforms Sony would be significantly disadvantaged.”

The FTC however, and Sony as well, may be missing the main point of the Microsoft acquisition. Microsoft stands not to gain a foothold in the console or PC market, and judging by their remarks about the matter, there has been intent to offer concessions in said market to Sony anyway. What Microsoft does stand to gain is a massive increase in mobile holdings and revenue from the third unnamed party in this deal, King. Other companies such as Take-Two Interactive and Activision-Blizzard themselves have seen their revenue share become mobile-first for the first time in their history, so it’s no surprise this is where Microsoft’s priorities lie in the deal.

King has a massive presence in mobile, and as Phil Spencer has noted previously, Microsoft is ‘irrelevant’ in this market. Given Microsoft has alleged Sony were previously offered a minimum ten-year contract to retain Call of Duty availability, a major franchise of concern, on their platforms it seems exclusivity is not Microsoft’s aim. However, whether Sony’s true concern lies in the console platforms or if they’re leveraging the most visible aspect of Activision-Blizzard’s business to press for regulatory action is unclear.

Commentator and analyst at Niko Partners, Daniel Ahmad, commented on this by speculating FTC action is unlikely to crash the deal.

This doesn't mean the deal would be blocked. There's an entire process to go through before that would become a "likely" outcome.

What's more likely is the FTC asks Microsoft to make concessions (Which it likely will) for the greenlighthttps://t.co/Vwbn2PAkOy

His suggestion the FTC would seek concessions aligns with Microsoft’s recent comments about the ongoing details of the deal and communications that have been had with Sony. If necessary Microsoft would likely accept such concessions to put the deal through, again, that’s if this is any more than rumour. Although as the story spreads, we may see official comment or clarification soon. Politico themselves note that as of yet no concrete action has been taken towards this goal, given how UK regulators have been scrutinising it, nothing is yet off the table.