Loot Boxes may fallen out of vogue as a target of gamer and regulator ire, but their control and restriction is still being debated by regulators 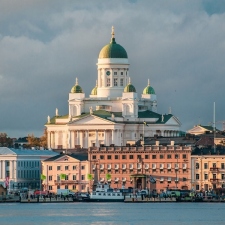 While more ‘trendy’ topics of monetization are hot right now, the issue of the loot box and the level of gamer and regulator ire they produce, is an issue that simply refuses to go away.

And now moves are afoot in the Finnish parliament to classify all loot boxes as a form of gambling, something multiple consumer rights advocates including the Norwegian Consumer Council have called for.

Loot boxes have become a regular feature in the gaming landscape. Essentially they are earned or purchased ‘boxes’ that provided random draws of cosmetics or other items, and were omnipresent in many games around the turn of the decade, most famously Blizzard’s ‘Overwatch’. Although arguably effective as monetisation they were also poorly received in terms of audience reaction, with debate raging about their place – if any – in games.

Finland is of course home to two major mobile gaming companies, Rovio and Supercell, so any legislation in this part of the world could impact much further afield. In an article by Games Industry.biz the issue of whether Rovio or Supercell might even leave Finland to avoid the effects of this legislation was discussed, but this is ultimately unlikely at best.

The fact is that in terms of mobile, we may be well past the point of loot box regulation being a significant issue. Monetization in mobile games is usually centred around other game mechanics such as microtransactions and advertising. Indeed Supercell, for example, stepped back from using loot boxes in Brawl Stars recently, which surprisingly drew more anger than praise from some players.

Instead, it's worth considering new legislation may affect other games. The Gacha genre, in particular, uses a ‘pull’ system, which essentially functions like a slot machine. If any game is likely to fall foul of similarly worded legislation against loot boxes it could be games like Genshin Impact or Goddess of War: Nikke. However, as pointed out in GI.biz’s coverage, any action or law would be years away at best.

With companies including Supercell already moving away from using loot boxes in favour of other monetization methods including direct purchase, it appears that this legislation may need to be wider sweeping in order to have any effect.