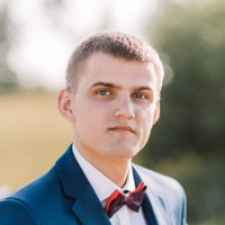 The two began to work on various projects together and found real success a few years later when they established an online portal offering users of a popular Steam game the chance to buy and sell in-game assets.

The exchange was skins for fiat currency, but in a way that bypassed the Steam store and the applicable sale charges. The portal was so successful that the two began working on it full-time and Skirmantas dropped out of university.

Skirmantas understood the need for blockchain and non-fungible tokens (NFTs) in the gaming world; traditional gaming platforms didn’t let you buy and sell your assets for real money, or they charged a lot to do so.

He started searching for decentralised apps (dapps) to try out and found no central location online, so spent three days building DappRadar v1.0 and instantly fell in love with what he had created. Skirmantas created the world's leading platform for dapp discovery and data analysis just over three years ago.

Now 25 years old, Skirmantas is at the helm of an industry-leading product that recently secured $5 million in second-round funding through Naspers Ventures. Tracking three core verticals of decentralised finance (DeFi), gaming and NFTs, they have become the leading resource for reporting on these growing industries.

As an individual, Skirmantas is extremely passionate about data accuracy and reliability. DappRadar works to remove all fake and manipulated dapp data on the site in order to offer a real source of truth to the growing dapp community.

Skirmantas will be presenting at Pocket Gamer Connects Digital #8.

PocketGamer.biz: Tell us a bit about what you do?

Skirmantas Januškas: We want to make exploring, tracking and managing dapps insightful, convenient and rewarding for all. We started in 2018, bringing high-quality, accurate insights on decentralised applications to a global audience and rapidly became the go-to, trusted industry source.

The blockchain gaming sector shows a more visible footprint. In June the space grew 121% in terms of unique users.

Day-to-day leadership and operations of the company ranging through every vertical aligned with DappRadar.

I understood the need for blockchain and NFTs in the gaming world a long time ago. Traditional gaming platforms didn’t let you buy and sell your assets for real money, or they charged a lot to do so.

What advice would you give to anyone looking to get into the games industry?

Work hard, stay ahead of the curve, steel your convictions and expect the unexpected!

WAX and EOS came in after with 319,000 and 49,000 gaming users respectively; those numbers represent a 7% and 48% increase from the previous month.

Axie became the most valuable NFT collection ever with more than $1 billion in trading volume; $600 million happened during July alone.

CryptoBlades challenges Alien Worlds as the most played game across all protocols, with the BSC game attracting more than 316,000 unique users during July whilst generating more than $4.3 million in transaction volume.

Alien Worlds and Upland increased their usage by 7% and 52% respectively when compared to June, from which WAX and EOS directly benefited.

Hive’s Splinterlands experienced a considerable spike in its usage, seeing the game attract more than 26,000 unique users during July. This was a 204% increase from the previous month.

Virtual Lands, among other metaverses, increased their value: Sandbox land lot sold for $863,000. Several Axie lands are trading above $500,000.

The further rise of play-to-earn gaming, NFTs and metaverses.

Blockchain games were once just in the background and playing second fiddle to DeFi applications. Now we have witnessed their convergence and in turn their rise to prominence.

Which part of the Connects event are you most looking forward to?

You can find Skirmantas at Pocket Gamer Connects Digital #8.

Hear from Skirmantas Januškas and more than 250 other expert speakers at PG Connects Digital #8, September 27 - October 1. Don’t forget to check the full conference schedule to see exactly who you could be learning from throughout the week.

It’s the perfect time to register and secure your spot as the MeetToMatch meeting platform is now live, meaning you can hop straight in and start requesting meetings with industry professionals from across the globe today.

Erinrose Sullivan on the convergence of gaming, art and culture