Can mobile gaming save an ad-supported internet? 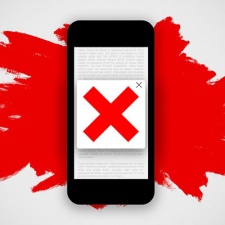 Any digital native company knows the ad-supported internet is at defcon five in the tsunami wake of ad blocking.

The tectonic implosion between advertisers, publishers, content developers and consumers has created a perception of anomaly for businesses invested online.

While Facebook and Google's monopolistic walled-gardens are considered an equal (if not even greater) threat to a healthy eco-system, the accumulated losses of ad blocking are already stacking up.

Mobile on the up

The problem is far worse on desktop and hardcore gaming sites, and mobile mavens take succour from the fact their platform is one of the fastest growing markets in gaming now.

Case in point: over the last two years, not only has it overtaken console revenue, but Newzoo also predicts it will add billions more than its current $30 billion globally.

In-app video ads are the greatest revenue driver and the best format to maximise user acquisition.

But native OS and in-app ad blocking on mobile devices is a growing fear: GlobalWebIndex told The Guardian ad blocking is nearly as popular on mobile as desktop.

And, as we know, the industry impacted most will be free-to-play (F2P) mobile games whose second most important revenue stream, after in-app purchases, is advertising.

But F2P mobile gaming has an ad-model that could be the panacea to save the internet if the model can be effectively transcribed to other online industries.

We've been running reward-based (native engagement) video ads in mobile with the highest engagement rates for any ad-revenue model.

The value-exchange based on consumer choice is optimised from the ground up for user experience, offering mobile gamers and advertisers a quality brand experience while publishers and developers get maximised profits.

Native engagement video runs contrary to most ad formats: designed to complement the in-game experience rather than interrupt player behaviour.

Standard display in-app takes mobile gamers away from the game and is prone to "banner blindness".

That creates an environment where ads are only shown when mobile gamers successfully complete (or fail) a task in-game so they're happier to engage. That's why they're much more effective for advertisers and gamers alike.

Native engagement video rates are the most efficient way to engage mobile gamers but it was the almost vertical growth rate of mobile video in 2015 that allowed it to really scale.

IABUK and PwC's comprehensive Digital Adspend Study put mobile video at £353 million in 2015 with a 98 per cent growth.

And it's the second most consumed activity with a total mobile market at £2.6 billion.

In-app video ads are the greatest revenue driver by eCPM and the best format to maximise user acquisition.

Not only are view through rates (VTR) on mobile video ads higher, in-game video with native engagement rates are higher still.

The format is so effective, our ad-partner Rovio is going back to F2P native engagement video ads for Angry Birds.

Rovio explained it well in this brilliant strategy update in Gamasutra, returning to games-as-a-service instead of running a trans-media company.

One of our largest publishing partners EA Mobile also knows a thing or two regarding mobile game metrics.

EA's research show much higher VTRs than any other ad formats through its vast mobile portfolio.

EA found that in some titles, 87% of gamers completed watching a 30-second video ad in exchange for in-game currency.

The company found that within some of its titles, 87 per cent of gamers completed watching a 30-second video ad in exchange for in-game currency with an increase of up to 305 per cent in brand favourability and purchase intent.

The use of brand studies (post campaign) to measure intent and favourability are also a superb way to drill in beyond the standard campaign metrics.

But not just mobile games

The ad format can't necessarily be transplanted wholesale to other online ad industries because the in-game business model is based on the interactive nature of mobile gaming.

That said, the principle of monetised or incentivised advertising as a value exchange between consumers and content providers should be in the founding DNA of a revenue-based internet.

So, if reward-based mobile gaming is so good, why isn't anyone else doing it?

Well, they are. Music streaming service Spotify started running reward-based video ads, with 75 per cent of its 100 million customers using the free ad-funded version. The Swedish company offers different models, including 'Sponsored Sessions' for mobile with opt-in video ads in exchange for 30 minutes of ad-free music.

"Uber sits on a special opportunity to build an ad platform that's never existed. If it's done well, advertisers will love it and consumers will be grateful to have free/discounted rides."

Now, imagine a world where reward-based advertising is the best value exchange, not just for mobile gaming, but for any online service for any content providers with a myriad of goods and services.

And if we build better user experiences for end-users, we'll naturally circumvent the perception advertising is bad and the need to be blocked.

And IAB's LEAN ad principles or Ad Block Plus' Whitelist will become redundant while the contributory factors that made mobile gaming so successful will go on to save the internet.

Venatus teams up with Frameplay for in-game advertising

Supersonic's Tal Shoham on the 'game changer' that is rewarded advertising