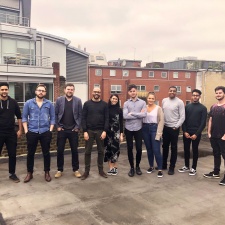 The London-based outfit made moves to hire new staff in January following some success in expanding its list of clientele, which currently includes publishers like EA, Mobafire and Rovio.

The firm said it has seen a 50 per cent increase in year on year revenue.

Former Quantcast campaign analytics manager Dan Smith has come onboard as publisher operations manager, while recent graduates Matt Rowland and Muhith Anwar have made their start in the industry in the company’s programmatic and ad ops departments.

Callan Smith meanwhile has been named as new business manager, having previously worked at Hoopla, and ex-AdColony account manager Julian Greene has been appointed network manager.

Venatus also welcomed Eve Mahony from Cubiquity Media, who has joined the PR and marketing team.

“I’m thrilled to have grown our team by ten so far this year. Each individual brings a unique level of experience and expertise,” said Venatus CEO Rob Gay.

“We have had good fortune in working with some of the best in the business over the years and hope to continue our success with our growing team throughout 2018.”

Venatus teams up with Frameplay for in-game advertising