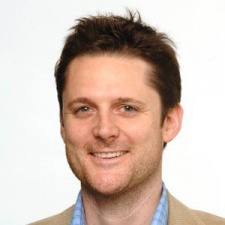 Griffin Parry is the CEO and co-founder of GameSparks.

The rise of massively multiplayer blockbusters, bite-sized social games and the huge growth in titles using FOP mechanics that need constant tweaking and tuning has led to game studios increasingly turning to backend-as-a-service platforms, such as Game Sparks.

Of course, game engines and middleware are nothing new to developers. They allow studios to spend more time focused on the creative - which, let's face it, is why so many people aspire to create their own games.

Over time these development tools have become increasingly sophisticated, in one sense democratising development so that even in an age of VR gaming, the mystique of the bedroom coder still exists.

On a more professional level, development frameworks, game engines and middleware have become essential tools of the trade.

The same consumer-led and technological changes that have underpinned the shift in front-end client-side development have also led to a growing requirement for Backend-as-a-Service (BaaS) as more games require connectivity.

This is partly driven by the success of multiplayer-first experiences and the imitation that has followed.

Multiplayer mobile games had outperformed other kinds of mobile game consistently since 2014.

According to a recent report by IDC and App Annie, mobile multiplayer games accounted for 60 percent of consumer spending, despite only contributing 30 percent of all downloads in Q1 2015.

The same data showed that multiplayer mobile games had outperformed other kinds of mobile game consistently since 2014.

But multiplayer is just one requirement that is driving the importance of the backend.

Many others are hiding in plain sight, and are ubiquitous. Social features, cloud-sync, in-game currencies, catalogue management, player management plus a myriad of other mechanics and techniques are server-oriented.

It's not just about building features. Sophisticated backend capabilities also allow you to learn from and adapt to player behaviour, to increase engagement and retention.

A good example is economy balancing in alpha and beta phases.

As more studios take the approach of launching minimal viable products into the wild before a full launch, BaaS platforms allow them to accelerate feedback and improvement loops, getting to the right mix more quickly.

The benefits of this ability to tweak are not restricted to beta phases. There is just as much value in being able to learn from and adapt to real world behaviour once your game has launched and scaled.

This delivers increases in engagement and retention and perception of value, and monetisation also follows for certain business models.

Even basic capabilities around player management and catalogue management make a big difference, and both are implemented and managed at the back-end.

If we then consider other server side capabilities such as segmentation, analytics, promotions and campaigns, then a good backend is both a game management and player management tool rolled into one.

The emergence of BaaS is both a response to the changes in game design that ubiquitous connectivity has enabled, and a solution for the business challenges of increasing engagement.

It's fashionable to dismiss these techniques as the preserve of mobile free-2-play.

More and more studios are incorporating the monetization mechanics that have been proven on mobile.

It's true that they are widely used in this space, and that their effectiveness is easy to gauge - top revenue-generating franchises on mobile that use a combination of online gameplay and aggressive economy balancing (think King.com, Supercell, Machine Zone) outperform all but the biggest console and PC franchises.

But these business models aren't limited to mobile. More and more studios are incorporating the monetization mechanics that have been proven on mobile.

Is there really any difference between the purchasable costumes in Minion Rush on mobile and the dance moves you can buy for your Destiny character on PS4?

And more importantly, the techniques aren't limited to free-2-play. Ongoing engagement matters for all genres of games, and increasing player expectations for it (influenced by many factors, including their experiences outside of games) are having a widespread influence on gameplay design.

Think of Destiny again - that's an experience that is personalised to you.

Rise of the robots

It's going to get more interesting too. At the present time, a lot of game optimisation involves skill and intuition, depending heavily on manual segmentation and hands-on tweaks to game settings.

But over the next few years much of this will become more automated, in real-time, with machine learning being built into platforms.

This will help by fine-tuning everything from the optimal price of in-game items, to segmenting in-game events by data-driven variables like location or player demographic.

The result will be a much more personalised and engaging experience, and also a more financially successful one for developers.

It's also relevant that the technical gaps between different platforms are narrowing.

For example companies like Samsung are showcasing what can be achieved with a smartphone and VR headset, whilst Apple's latest iPad Pro has more GPU power than an Xbox 360.

The result is that studios can and are increasingly taking a multi-platform approach to maximise distribution, and when combined with social features gamers on the same game may be using a gaming console, or their mobile phone, or their PC, or a VR headset.

And they may be spread across the globe. Powerful server side capabilities are fundamental to doing this well.

Choosing the right tools for an increasingly complex job