Another Apple shake up 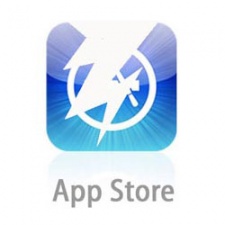 Given past behaviour, it’s no surprise Apple looks like it’s going to disrupt the market intelligence industry that’s grown up around the App Store.

Announcing a radical presentational redesign of the store for iOS 11, the beta version of the software no longer includes a top grossing chart.

For some, the removal of the list that rank which games and apps are generating the most revenue will be welcome.

For the developers at the top of the charts, it will enable them to better hide their secret sauce when it comes to the impact of updates and in-game events.

For less successful companies, and especially publicly-floated companies such as Glu Mobile and Zynga, it will stop nosy journalists and financial analysts asking difficult questions about why their games and apps aren’t performing at the expected level.

Certainly, for Apple, it will enable it to regain control of its ecosystem, both in terms of switching the narrative away from a fairly static group of successful F2P mobile games, as well as getting consumers - and perhaps even the wider industry - to focus on the new editorialising approach it’s bringing to the App Store in iOS 11.

Apple has always enjoyed sticking the boot into companies it feels are getting rich off the back of its smarts.

But Apple has always enjoyed sticking the boot into companies it feels are getting rich off the back of its smarts.

The view from Cupertino is the App Store is its party and it will change the music to whatever it wants, whenever it wants. If that makes you cry, then just leave.

Perhaps a more useful discussion is to think about if the top grossing charts has ever been helpful for consumers.

Unlike the ever changing download charts and the classic paid chart, the static nature of the top grossing chart means it’s not a useful discovery mechanic; and with initiatives such as Search Ads and iOS 11’s new curation UX, that’s something Apple’s working hard to improve.

Of course, Apple could still make the top grossing chart data available as a RSS feed - enabling the third-party companies to continue their services - and just not display it within the new App Store user interface for consumers.

That would be the sensible choice for the industry, but when has Apple ever done that?

Even if Apple does totally get rid of the App Store's top grossing information, all that will happen, in the short-term at least, is the Google Play top grossing charts will become the focus of market analysis.

Nevertheless, if the top grossing chart is removed, it will have an impact on mobile games developers.

As elegantly argued in a series of 10 tweets, game designer Ethan Levy, comments:

9/ The death of the Top Grossing chart makes it harder for me to drive a successful business on the platform moving forward.