Burning question: we asked, you answered. 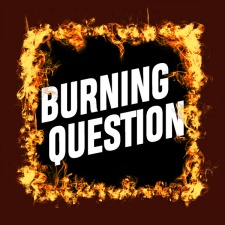 Just over a month ago, after three long years of hashing out deals and constantly shifting governments, the Conservative party finally won a true majority in Parliament after yet another general election.

With the people's will now concrete, we turned to members of the UK games industry to find out how they felt about Brexit, knowing that it wouldn't be long before the country finally left the EU.

The results are in, and Boris Johnson’s Conservative party has a mandate to continue with its Brexit plans.

What will this mean for the games industry?

This week we kicked off a new series where we invite you to share your thoughts on a burning question from the games industry scene.

Of course, we started with politics: what would the UK games industry look like after Brexit?

It’s a topic we’ll be revisiting on 20 January at Pocket Gamer Connects London 2020.

But here on the site and on Twitter and LinkedIn we asked the community who make, publish, promote and sell games what they think this week. The results were not positive.

Your thoughts and comments

Jas Purewal, Games4EU: “Brexit is an unmitigated bad step for the games industry. From access to talent to a common regulatory system, greater international bargaining power, a stable and welcoming business environment and wider factors like the cultural aspects of being in the European Union, the UK is better off in the EU.

Whatever happens in this election, we support a People’s Vote and for the UK to Remain. If we leave in January 2020, we will still face a no deal cliff in December 2020 and years of negotiation and uncertainty as Boris Johnson meets the reality of Brexit. The UK is best off remaining in the European Union or, if all else fails, to remain in close partnership with EU friends.” (Email)

Tracey McGarrigan, CEO, Ansible: “Sadly, Brexit will be a nightmare for the digital economy & our industry will suffer massively. The world isn't going to wait whilst we are in limbo negotiations for years to come. Our work force will be depleted, new data & distribution laws need to be made. We are not ready.” (Twitter)

If there is a plus, [the] games industry is one of the few with growth/investment potential so we may see more funds come in from government and desperate investors.” (Twitter)

Bruce Grove, CEO and co-founder, Polystream: “Will become smaller, more insular. Loss of freedom of movement will not be replaced by visas. Top talent will be attracted and incentivised to move to other countries and hard to replace.” (Twitter)

Dr Jo Twist, OBE, CEO of Ukie: "The priorities for the UK video games industry after Brexit remain the same as those outlined in the State of Play report. We will make the case to the new government about the importance of maintaining the free flow of data with Europe by attaining a data adequacy agreement in forthcoming trade negotiations.

We will argue that the UK needs to stay open for the best and brightest talent from across the world. It also remains important for games businesses to continue to be able to easily access finance, whether through continued support of the successful Video Game Tax Relief scheme, UK Games Fund and by encouraging essential inward investment." (Email)

What do you think?

Whether you agree or disagree with our expert contributors, you are welcome to:

We'll be posting another Burning Question here on the site and on Twitter imminently. Join us.