LVP drills down into the business model 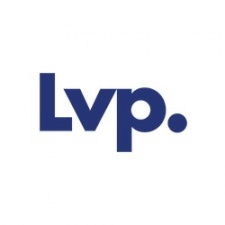 This is a guest column from early stage games investor LVP.

It is currently invested in companies such as Unity, Coda Games, Double Loop Games, and Bossa Studios, and recently closed a $80 million fund for new investments.

It has also invested and exited from companies such as Supercell, NaturalMotion and Playfish.

What does 'esports' mean anyway?

That's probably not the opening you'd expect in an article about one of gaming's most exciting sectors by an early stage investor such as LVP.

But, because we invest early into new companies, we have to think more deeply, both about those companies' long term goals and how they play into emerging industry trends.

If we can't agree on what 'esports' means, we're already on shaky ground.

As a portmanteau of 'electronic sports', the word itself offers some pointers.

Sports - 'activities involving a certain level of dexterity, competition between players, and entertainment for spectators' - captures the core elements.

From an investment point of view, however, plenty of gaps remain. Investing in Liverpool Football Club is very different to investing in a sports apparel company such as Nike, much less a sports broadcaster such as ESPN.

Esports is one of many emerging trends within the games sector, something much broader than elite gamers playing a handful of specific titles.

Granted, sports is a mature industry, but would anyone invest in 'sports' in the way some companies seem to be investing scattergun into 'esports'?

No. Of course not.

And that's despite many billions of dollars (The Esports Observer reckons $6 billion in 2018 and 2019) having been invested into companies at the vanguard of the "esports explosion".

The value proposition isn't working. Something doesn't add up.

Show me the value

The reason is esports shouldn't be considered as some sort of separate bolt-on entity to games. Esports are games and games are esports; the two are fundamentally intertwined. Nobody owns football, but Riot owns League of Legends.

Esports is one of many emerging trends within the games sector, something much broader than elite gamers playing a handful of specific titles, or tens of thousands of spectators in a stadium-located world championship, or even millions of people watching (or not) a live stream.

For one thing, this is to confuse professional esports - a niche market - with esports; something with the potential to impact the entire games market.

This is especially important to understand when it comes to early stage investing, which is all about considering where revenues and profits will accumulate in the distant tomorrow, not about generating headlines today.

Because, at present, it's depressingly clear who does best out of esports. It's the streaming platforms and the game publishers themselves. But within the narrow market of esports, it's those players and teams who win the big tournaments - Dota 2's The International, League of Legends' World Championships, Fortnite's World Cup, etc.

This is why lots of money has been invested into professional esports teams. For example, South Korean team Gen.G raised $46 million from investors including Will Smith in 2019.

But only one team a year can win the big prize, and very few teams have demonstrated the ability to win the big prize year-on-year. Examples include Team Liquid and OG, who have both generated over $33 million in life-time earnings. Given the costs of running a professional esports team - Blizzard's Overwatch League set a bar with a $50,000 salary minimum - that's not a well structured investment opportunity.

Anyhow, these events are just the icing on top of esports' deeper and more significant essence: competition.

We believe competition as a long term trend impacting all games, and it is something many people and investors have underestimated in a dash to embrace headlines.

Partly this is because competition comes in many forms. Competition in a match-3 game looks and feels very different from competition in a battle royale game. But competitive elements are a rising tide with the potential to increase retention and monetisation in many, if not all, games.

We believe competition as a long term trend impacting all games is something many people and investors have underestimated.

This, in turn, drives stronger community within games, as well as encouraging higher skill levels among players, both of which feedback into consumption of gaming streams and videos. A formal esport element can further encourage such activity, especially around real-world events.

In this way, esports is best viewed as enabling an evolution of gaming, not creating a revolution. This is underlined by the systematic uncertainty of how to estimate its annual value and growth, and of individual titles promising to be the 'next esport'.

The most popular esports remain League of Legends, Dota 2, and CS:GO. These are the games that kickstarted the whole scene and, in keeping with the expected winner-takes-all model, continue to account for the majority of players, spectators and revenues.

It's a similar state of affairs for the many startups with business plans to ride the esports rocket to success. Most have assumed gaining a small slice of what everyone predicts will eventually be a large pie is sufficient.

But, in actuality, they've targeted the very thin end of the wedge of professional esports; a small and fairly static market. No wonder we're already seeing the esports bubble bursting with predictable consequences for investors and investees alike.

Have you got scale?

Instead, when we consider the opportunity for esports, we're interested in companies with business plans aligned to scale as broadly as possible.

And this has been the main reason why esports investments have not been successful.

Neither startups launching sports drinks or apparel for esports fans, or those focused on event or venue management services, let alone the masses of companies selling esports tutorial packages or betting services, have demonstrated any ability to scale, even to break-even, let alone future profitability. These are simply small, generic business ideas with esports tacked on.

Startups and investors need to think more deeply about what esports actually means, which wider gaming trends is it synergic to, and how emerging opportunities will arise.

An obvious example would be how this new hierarchy of professional and amateur gamers, streamers and influencers, and spectators plays out in the world of 5G-enabled cloud gaming in which the very concept of 'the game' will likely be exploded in novel ways.

But that’s an article for another time.

You can read more about LVP's activities via its website.

Gaming's Tiger King moment in a time of Covid-19?