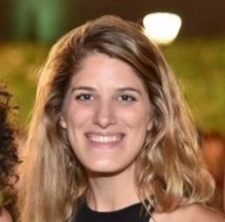 With 10 years of experience in advertising and creative, working at some of the biggest advertising agencies Noa Miller is the creative marketing strategist at yellowHEAD.

It’s no secret that most purchasing decisions are based on emotions.

While our rational, left-brained mind can help us evaluate options, it is how we feel about a particular product that eventually decides whether or not we hit the ‘buy’ button.

Retail and ecommerce advertisers know that emotions such as fear, greed, guilt, and exclusivity are strong motivators to get people to open their wallets, while brand advertisers often rely on humor, trust, surprise and -- especially in the age of Covid-19 -- emotions such as compassion or courage.

But game marketers have to tap into an entirely different set of emotions to connect with their audiences.

That, by the way, should be the primary role of a user acquisition manager these days: to conceive, plan and execute ways of connecting emotionally with high-value prospects.

The partnership between humans and computers has evolved in such a way that most of the other functions of the advertising process—from media planning and buying to campaign optimization and even parts of creative design—are best performed by computers working in tandem with UA experts.

Understanding which emotions hold the strongest motivators will help you find the right players.

This partnership not only drives better results through intelligent optimization, but greater efficiencies through automation, freeing up UA managers’ time to focus on more strategic initiatives.

The main advantage humans have over computers is our ability to connect with each other in ways that are authentic, energizing, and, well, human.

AI algorithms such as those used in our creative insights platform Alison can tell us things like what kind of featured character or which call-to-action drives the best conversion rate, but only humans can spark the right creative concept that will connect with audiences on an emotional level.

Today’s mobile gamers play for a variety of reasons and to elicit a variety of emotions. Understanding which emotions hold the strongest motivators for your audience will help you find the right players who are most likely to convert into paying customers.

With that in mind, let’s take a look at the six intrinsic emotions that are the biggest motivators for today’s mobile gamers.

Let’s face it, life can be pretty boring at times. Maybe even a little stressful or unpleasant. And it’s natural when we’re feeling that way to look for a diversion to occupy our mind. That’s why we bring out our phones so often when we’re standing in line at the grocery store or taking the bus to work.

Our brains are hardwired to crave stimulation. If a game can promise that stimulation while providing relief from the stress and anxiety of the real world, players are likely to invest their time, energy and maybe even their money.

There isn’t just one emotion that goes into feeling competitive, but rather a full spectrum of emotions.

On one end of the spectrum are traditionally negative emotions such as jealousy, greed and narcissism, while the other end features emotions that are usually glorified by modern society, such as ambition and confidence.

In the best of games, it’s possible for a player to experience the full range of competitive emotions all during a single session. Some of the most effective ads are those that stoke a player’s competitive fire.

In recent years, scientists and psychologists have come to consider social connection as a basic human need for health and survival, as powerful as our needs for food, water and shelter.

Without social connection, we suffer debilitating loneliness and isolation. But strong social connections enable us to feel loved, cared for and valued. Many successful ad campaigns include creative elements that show how a game helps bring players closer together with their friends, acquaintances and loved ones.

Sigmund Freud thought of fantasy as a defense mechanism against the sometimes painful realities of the world, which is why there’s a good dose of escapism in fantasy, whether it applies to daydreams or entertainment.

But in the context of gaming, fantasy also involves more positive emotions, such as those tied to the imagination and creativity. Not only are players longing to escape the real world, but they seek to create an entirely new, more idyllic one. If fantasy is part of your game, be sure to incorporate these mutual longings for escape and invention into your ad creative.

Most games rely on the feeling of achievement at one point or another to help keep their players motivated. But broken down into its individual components, achievement is just the culmination of a series of events that each carry their own emotion.

It begins with frustration and anxiety, with a touch of sadness and hopelessness, or maybe even shame. On the other side of the achievement comes instant relief and joy, accompanied by pride and gratitude.
The deeper the valley, the stronger the emotions. I’ve seen successful campaigns that enable players to feel the frustration of unfulfillment and the thrill of achievement all within a single playable ad unit.

The act of creation is an important motivator for game developers because when players create something, they feel ownership over it, and as every behavioral economist knows, ownership is the surest way to increase the value of something in the owner’s eyes.

In a phenomenon known as the “endowment effect”, we assign more value to something -- whether a house, a dog, or something intangible like an idea -- when we own it. We develop an attachment to it, and an aversion to losing it.

Emotions drive all of our purchasing decisions.

Games that include the act of creation, such as city-building games or avatar-based games, can play up this angle in their ad creative to nurture a sense of ownership even before the player has downloaded their app.

Ad creative is usually the very first interaction a new player will have with your brand, so it’s important to communicate the emotion that you want them to feel when playing your game.

After all, emotions drive all of our purchasing decisions, whether for something as big as a house or as inexpensive as a $0.99 in-app purchase.

Incorporating one of these six motivators into your ad creative will produce emotionally connected audiences and high-value new users.