Burnout: Six tips to keep you and your game story fresh over the long haul

How can writers and narrative designers maintain quality and engagement in games over the long term? Brunette's Dexter Woltman investigates... 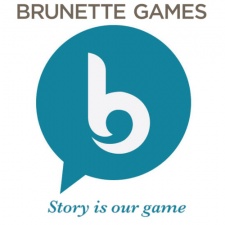 Dexter Woltman, writer and designer with Brunette Games, explores how narrative designers can keep their work fresh, engaging, and effective in the long term while looking after their own wellbeing.

Writing for games is like a relationship. Developing a new narrative is exciting at first. There’s so much to discover about its world and characters. But like all relationships, the story eventually passes its honeymoon phase. Maybe the early narrative arcs came to a fulfilling conclusion, or characters have satisfied their individual need for growth. Either way, there isn’t a clear avenue for where to take the story next, and you may feel a level of exhaustion known as burnout.

At Brunette Games, I’ve worked on 21 released games, with more still unannounced. Some of those titles have been continually releasing amazing content for years, such as Redemption Games’ Sweet Escapes, which is about to enter its fourth season, or Jam City’s Family Guy: The Quest for Stuff, which has featured new story events each month for eight years and counting. Players keep coming back for more, so the show must go on with consistent, new ideas. To avoid burnout, I’ve developed some helpful tips to keep game stories fresh for audiences and for the writer.

Work on multiple games when the schedule allows it

If you’re in a situation where you get to work on multiple games at a time, swap between them when deadlines are flexible. By doing so, you expose yourself to different voices, tones, and atmospheres more frequently. It avoids focusing on any one title for too long.

The projects might be entirely different scopes of work, as well. Maybe one is a script for the latest chapter of a game’s content, and the other is pitching new narrative hooks for an ad campaign. The more you can diversify your day-to-day workload, the less it will feel like any one story is draining all of your creative juices.

Sometimes, it’s as simple as letting Peter Griffin go off the rails with his hijinks in Family Guy before following Joy’s personal journey to restore the shops and take home the gold in Sweet Escapes.

Switch up the cast

It’s common practice for narrative-driven games to have a central character who drives the main story. This is the character audiences are first introduced to, like Joy. Players sympathise with her, and they follow every step of her journey.

However, even if you have a main character, it’s beneficial to think of your game as an ensemble with other characters who are waiting to be explored. Sure, Red likes to consider himself the leader in M&M’S Adventure, but each of the M&M’S characters are just as engaging and essential to the story as a whole.

Look at the TV show Friends as an example. The first episode gives audiences Rachel’s story. She’s a runaway bride who’s lost her lavish lifestyle and must start over with a new job and roommates. But even if Rachel is our fresh perspective into the story and the characters, the show treats it like an ensemble. Soon, every member of the cast is as important as Rachel.

While Joy carries Sweet Escapes’ first season, later content explored the wider cast and allowed other characters to step into the spotlight. By the time the story reached its second season, I transitioned the focus to a core cast of five characters, which welcomed Cherry, Buzz, Scoops, and Bean onto the main stage. Joy continues to be integral to the main story, but the narrative isn’t afraid to shift focus when it needs to freshen things up.

Even Family Guy: The Quest for Stuff often sees the Griffins share the spotlight with unique and hilarious side characters.

Remind yourself that it’s your story

Think of the narrative you’re working on as your story. Your characters succeed because you let them do so, making their accomplishments yours. If someone is at a low point in your game, you’re the one that’s going to save them. The pride in fulfilling this story may be enough to renew your perspective on the project.

Even if you don’t legally own the rights to the game, there’s still a sense of ownership that can excite your next steps. Maybe the title belongs to another company, or it’s a well-known IP with an established cast and setting. But for the moment you’re working on it, you have a pen to the next page and are contributing your own unique take on its narrative.

This is the mindset I had when creating content for M&M’S Adventure and Family Guy: The Quest for Stuff. I asked myself what direction I could take these characters that no one’s seen before, and the results have been wonderfully hilarious.

Break up the main story

Don’t drive your main story to the point where you find yourself backed into a corner with only one direction to go. Instead, pace out the narrative with side content. Much like how TV shows have filler episodes, it’s OK to have fun developing smaller arcs outside of the main story. You can open up the avenues of your narrative so it feels like you’re walking into an intersection instead of an alleyway.

In Sweet Escapes, I plotted out a main story for a second season which features pirates, clams, and volcanoes—oh, my! But as engaging as the narrative was, I took occasional breaks from its central mystery to explore side-stories such as Duncan’s dreams of filming a reality show. By doing so, I refreshed my own mind by exploring characters I personally enjoy.

It also helps to find old storylines you may have forgotten about. See if you can follow up on them in new, exciting ways. So long as you don’t revisit old topics too many times, newer contexts in the story might make for a refreshing spin on an older arc.

Breaking up the narrative is all about proper balance. So long as players don’t feel pulled from the main story for too long, you have space to keep yourself refreshed with more varied content. You may even be able to find a way to feed this side content back into the main story by the end, further satisfying your big finale.

Casual games don’t have to be a sitcom where everyone is always happy and getting along by the end of each chapter. By switching up the core dynamics and adding plenty of drama, you can find exciting ways to refresh your approach.

Perhaps the two best friends in your story lose each other’s trust, or your long-established couple breaks up! What new storylines arise when they go their own way? While you can still provide a satisfying resolution in the end, adding some bumps in the road will make the story more thrilling for you and your players.

Characters also don’t have to stick to their established friendships and cliques. Explore their dynamics and pair characters together who may not normally interact, such as when Bruce and Brian teamed up for chocolate shenanigans in Family Guy: The Quest for Stuff.

This especially goes for characters who are designed to be love interests. They can form bonds with everyone in the cast—not just the person they’re set up to date. So, ask yourself which pairings make the most sense, and which pairings seem the most interesting to explore?

Even How I Met Your Mother features a whole episode with Marshall and Robin deciding to hang out together once they realise they’re the two characters in the friend group who never interact.

Breaking the status quo can also go beyond characters and branch into genres. What types of storylines intrigue you? Your narrative can dip its toes in other themes like romance or mystery. Just because your story isn’t a police procedural doesn’t mean one of your characters can’t decide to play amateur sleuth, donning the detective hat to solve a light-hearted mystery!

Ask your team for help

Not every writer has to go at it alone. When you’re part of a writing team, think of your colleagues as helpful tools! It never hurts to ask for ideas from someone else. Maybe they have an awesome solution outside of your own train of thought?

An important aspect of burnout is knowing your own limitations. Ask yourself what those are. Is that a limitation you can overcome on your own? Or is that something you know a team member can help you with? Despite my journey with Duncan’s reality show in Sweet Escapes, I’m not as familiar with reality dating shows. So, when we featured a dating show in Family Guy: The Quest for Stuff, my Brunette Games colleague Sara Hardin—who’s an avid watcher of Netflix’s Love Is Blind—stepped in to lead the story.

Burnout is a common issue for writers who work on the same project for extended periods of time, but never at Brunette Games. Our collaborative team approach assures a fresh perspective on every project. But even if you’re a solo writer, you can follow these tips to keep your game story—and yourself—fresh over the long haul!

Both game-industry veterans and talented up-and-comers make up the Brunette Games team. Our founder and CCO is widely regarded as an expert in-game storytelling and has been named an influencer by the trade press. Our VP is a legendary brand manager whose IP credits include notables like Dungeons & Dragons and Avalon Hill. Our team of top-notch writer | designers regularly author articles on game storytelling for industry press and deliver presentations at conferences such as GDC, PocketGamer Connects, Geekle, and PixelPop.

We're joined by a roster of actors who voice our scripts, and we serve clients all over the world, from Helsinki to L.A. We write and design for a mainstream, casual player audience across the demographic spectrum. We've designed and written 30 released titles in the narrative puzzle and visual novel categories since 2016, including top-performing, genre-defining games Merge Mansion, Matchington Mansion, Lily's Garden, Sweet Escapes, and many others.