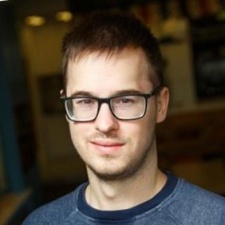 It’s no secret that hyper-casual gaming is one of the most popular genres of mobile game. The simple mechanics and accessibility make the genre ideal for a variety of gamers, whether they’re looking for something to pick up on the commute or simply a fun game to lose themselves in for a few hours.

But how can the genre evolve – or is it already evolving? In this guest post, Tenjin’s Roman Garbar discusses the rise of hybrid-casual gaming, and how game makers can leverage this trend to increase user retention.

In the years since mobile gaming exploded to become the biggest medium for players, we’ve evolved from initial outings which did nothing more than show off touch screen technology, into deliciously snackable casual games. Hyper-casual has gone from strength to strength since its inception, with 36 of the top 100 most downloaded games in 2021 considered to be hyper-casual titles. Yet, there are rumblings that players are now responding best to amalgamations of hyper-casual’s simple mechanics and core games’ more immersive gameplay loops. Those in the know are calling this new-ish kid on the block ‘hybrid-casual’.

It’s a tantalisingly simple concept, but examples of genuine success are few and far between, and it can be difficult to identify where hyper-casual ends and hybrid-casual begins. Is hybrid-casual a business model, a set of game mechanics, a monetisation type…? Where do we draw the fine line between hyper and hybrid? And why is it so tough to implement what seems like such a straightforward formula?

The success of a mobile game can be broken down into three metrics: Reach x Retention x Pay Rate. In order to achieve the perfect trifecta above, games need to balance accessibility and progression. This is leading to a blend of casual gameplay and midcore features that is increasingly referred to as the hybrid-casual game.

By making games easy to pick up and play but hard to become a master at, hybrid-casual has low barriers to entry combined with progression mechanics that keep players coming back. This opens up new monetisation channels. Fast-paced gameplay lends itself well to IAP-focused offers during breaks in the action, while progression-based IAP such as battle passes and in-game coins satisfy a desire to beat levels or win matchups, particularly where real player vs player mechanics are present.

Archero, created by Chinese developer Habby back in 2019, is considered to be the first and most successful hybrid-casual game. It’s the hybrid-casual blueprint, offering low barriers to entry and a high skill ceiling. In doing so, it enables players to keep improving their skills while providing feedback loops such as quantified performance as well as simply win/lose. Players feel incentivised to invest in lives and in-game boosts in the knowledge that the game is still skill-based and not simply pay-to-win. Ever since Archero the formula for success has been clear, but very few have been able to execute on it. Habby itself struck gold again this year with Survivor.io, a top 100 IAP grossing game. According to AppMagic, the game has raked in $15m in IAPs since launching in August. UA expert Matej Lančarič reckons it’s doing similar numbers in ad revenue, with deceptively diverse gameplay wrapped in hyper-casual mechanics and hugely successful TikTok UA campaigns.

Another one of the standout games straddling the hybrid-casual line in 2022 is Stumble Guys, made by Finnish studio Kitka. I’ve referred to it as a hyper-casual game myself in the past. It really does have the look and feel of one and, as above, it’s difficult to define what exactly delineates what makes a game hybrid-casual. But with a longer development cycle, use of atypical UA channels, and monetisation with IAP, Kitka has iterated on the hyper-casual approach to create a hybrid-casual title with boosted retention, updated mechanics, and real, competitive multiplayer gameplay. And, for the naysayers, it’s not as straightforward as simply mimicking well-known IP: there were dozens of casual mobile game clones of Fall Guys, but none of them stuck. Stumble Guys was recently acquired by Scopely for an undisclosed amount, demonstrating not just its money-making capability, but its potential to keep being successful longer-term.

What are the benefits of hybrid-casual?

Amid gloomy predictions for the future of hyper-casual games in the context of global economic slowdown and falling eCPMs on both iOS and Google Play, studios should be aware of the potential rewards of hybrid-casual games. Chief among these is player retention, enabled by mechanics such as meta-game progression, new levels, new game modes, and season passes. Unlike hyper-casual, where players tend to bounce rapidly between games, these enhanced features create loyalty and motivation without asking players to commit significantly more time to gameplay.

While hybrid-casuals do monetise with ads, they do so in a pared-back form that reduces the risk of frustrating users with frequent interstitials. As above, the more loyal and motivated player bases that hybrid-casuals can nurture feel invested in their journey through the game, and allows developers to create a ‘sink’ for IAP funds. For example, RPG-like games may have a character who grows through leveling up and upgrading skills. IAPs can offer extra levels or boosts to skills.

Using player progression to guide, developers are able to plan for long-term retention, and spending. Once your player is hooked into the game through engaging hyper-casual creatives and ease of play, skill-based progression means they’re more likely to invest. Once they do, developers can further optimise ARPU through design decisions. Hybrid-casual games truly allow more breadth in creation and experimentation due to the depth they offer.

Easy to understand, difficult to execute

Defining the exact line between hyper and hybrid remains difficult, particularly as (so far) examples of hybrid-casual success are few and far between. It’s clear that even though the formula is straightforward on paper, taking it from concept to execution is tough. Interestingly, though, Survivor.io and Stumble Guys experienced their success in 2022, showing that developers may be starting to better understand how to create this type of game, or evolve hyper-casual titles towards hybrid-casual.

It’s important to understand that, unlike the heyday of hyper-casual, there isn’t going to be a hit every week (or even every month). Putting all the elements of hybrid-casual together at the same time is difficult. But the rewards are great. By combining genres, hybrid-casual offers casual mobile players an experience that gives them the chance to become attached to even the most accessible games they play. It’s still easily digestible, but it doesn’t feel disposable, giving developers the opportunity to build a healthy audience which will grow with them, as long as they nail the fundamentals. This new genre has the potential to revolutionise the mobile gaming market, keeping it fresh and accessible for everyone.