Ethan Levy gives us his analysis of the blockbuster battle game 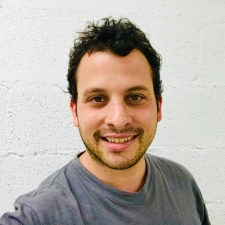 Ethan Levy is a 20 year veteran game designer, producer and monetization expert, having worked on over 80+ shipped games across every platform and business model. He is most well known as the Lead Designer of Legendary: Game of Heroes and Executive Producer of Tetris. Ethan is Deconstructor of Fun’s resident Crypto Kid where he hosts the TWiG and Tokenomics podcasts. He is on the hunt for a Technical Director to help him build the next, great Web3 games studio. If this sounds like the right next adventure for you, reach out on LinkedIn.

Marvel Snap is an undisputed hit with gamers and game journalists, but one month into an all out marketing blitz, achieving cohort paybacks looks like a challenge based on data.ai revenue estimates.

Why It Matters: The team at Second Dinner is a collection of world-class CCG makers, having proven their bonafides with the blockbuster success of Hearthstone before striking out on their own with $30m in venture funding. After 4.5 years of development, they have delivered a fun, fast and satisfying CCG that, as a fellow game designer, I am hugely impressed and inspired by.

Monetization Strategy: Marvel Snap’s monetisation is extremely player friendly. It is a cosmetics first approach where no cards are locked behind gacha or paywall; however spending real money does help you access additional cards quicker:

There are no duplicates either. Once you’ve unlocked a hero, you can add them to any of your deck pre-sets
If I were to construct a spreadsheet to estimate how Second Dinner plans to achieve payback, the model would depend heavily on these three factors:

This approach can work, and is the monetisation strategy that drives some of the world’s biggest F2P successes. But, if you are not willing to use the type of Gacha driven monetization I have used to great effect in past CCGs, you cannot achieve Fortnite scale revenue without a Fortnite scale user base.

Marketing Analysis: I have been, and continue to be, bombarded with a wide ranging mix of Marvel Snap creative on every social network and gaming site I frequent since launch day. I simply cannot escape Marvel Snap! For an in-depth analysis, check out this excellent post by Matej Lancaric:

Can These Cohorts Pay Back? For comparison, let’s look at Goddess of Victory: Nikke released globally in early November and featuring the type of standard gacha based monetisation from a mid-core collector.

With a blended RPD of $9.17 and growing according to data.ai estimates, this game is doing gangbusters. If I was running this game, I would be pushing for an incredibly aggressive marketing spend based off of this success in the first few weeks of November.

By contrast, Marvel Snap’s monetisation strategy is dependent on long-term retention because, at present, there is not that much for an individual to spend on per event.

How Snap Wins: Here’s a believable scenario for how Snap becomes a $100m+/yr forever franchise without resorting to gacha or other high pressure monetisation tactics:

How Snap Loses: On the flip side, here’s a scenario for how the beautiful Snap experiment goes into maintenance, allowing Second Dinner to take another shot on goal with their remaining funds:

From the outside, both scenarios feel plausible at this point. The critical moments that determine Snap’s fate are likely to come in the next few months as we receive the first few major updates. We’ll be watching the game closely as well as the estimated metrics from data.ai to see if Second Dinner is on the path to the paradise of Valhalla or the underworld of Hel.