As Genshin Impact and Sonic are pitted against one another in the Player's Choice vote, we have to ask, is it worth fighting over an award? 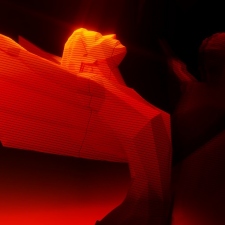 In the past few days, controversy has erupted on social media between Sonic the Hedgehog and Genshin Impact fans. Both sides have accused the other of vote rigging and bribery from their respective developers, among other unsavoury practices, to secure the win in the ‘Player’s Choice’ award vote. Whilst in a way it’s good to see players so passionate about their favourite games, it’s also a shame to see debate around winners of the Game Awards fuelling a flame war over what is essentially an honorary title.

Despite one of my recent opinion pieces being about how we should see more representation at the Game Awards for mobile, I also think any awards should not be a source of conflict for players. It shouldn’t be a case of ‘us vs them’ or ‘console vs mobile’ or ‘real games vs lesser games’, but instead coming together to celebrate a medium that in itself is often overlooked in favour of more ‘prestigious’ formats like film.

In my opinion, what’s important isn’t that your ‘favourite game’ has an award stapled to it, but that something truly worthy receives the honours. If more players vote for one game over another in a popularity contest, shouldn’t we just accept that and move on? Sonic Frontiers was a very late entry, and as people have pointed out, Genshin Impact released way back in 2020. Compared to other games this year getting the boot in the finals, many people will be feeling aggrieved.

Instead of speculating about vote-rigging or whether one side is worse than the other, we should be looking critically at what is featured in the Game Awards themselves. Who’s being nominated? Is it just big names or are indies getting their fair share? Whether or not they’re making people appreciate the medium, or fuelling division by just putting the big hitters against one another. We should always remember that the reason anyone plays games, gets into the gaming business or invests in it is because they value video games as entertainment and as art.

Entertainment should be fresh, and that’s what awards ceremonies should be too. It’s why we talk about games that are in soft-launch or that are making great revenue despite not fitting the mould of what’s come before. It’s because we know that it’s only by pushing the medium forward that both financially, critically and crucially, player reception will be positive.

Ultimately, we should remember these awards are not for our benefit either. Nobody should be relying on their personal enjoyment getting a rubber-stamp of approval. If you enjoy Sonic Frontiers, that’s great, if you like Genshin Impact, that’s good too. But it’s the people behind these games that want to see their work appreciated, and it’s not on us, the players and the people on the sidelines to make their recognition our personal war.

The Game Awards 2019 draws in over 45 million viewers