Working closely with carriers is paying off 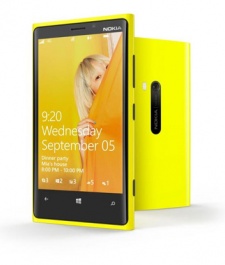 Long without a notable presence in the region, Nokia's smartphone share in the U.S has jumped almost sixfold during the last 12 months, with the Finnish firm now the country's fourth largest smartphone manufacturer.

Market research specialist Counterpoint claims Nokia's share of US smartphone shipments has grown from 0.7 percent in the third quarter of 2012 to 4.1 percent now.

Such as rise has lifted Nokia from relative obscurity in the US to one of the region's major players, pushing its smartphone share past that of Motorola, HTC, BlackBerry, Huawei and ZTE, amonsgt others.

A change will do you good

"After years of struggle in one of the most premium and important smartphone market in the world, USA, Nokia is finally seeing its smartphone strategy and hard work bearing fruits," detailed Counterpoint.

"The key reason for this growth can be attributed to the big change in the Finnish vendors approach and go-to-market strategy towards selling its new phones in this highly operator-controlled US market compared to the less flexible attitude during the time when iPhone was launched.

"Nokia has thus in the last few years of post-Symbian transition has worked more closely with multiple operators offering them highly differentiated exclusive products with targeted and unique value propositions.

"This extra effort has helped Nokia steadily build its Lumia portfolio as well as win more shelf spaces at multiple carriers to reach at this inflection point."

The company claims that the launch of Nokia's first phablets - the 1520 and 1320 - should expand its share further in the coming quarters.

At the very top, Counterpoint claims Apple just edged Samsung during the quarter. Both captured 33 percent market share, but iPhone shipments just edged that of Samsung's Galaxy range thanks to launch of the iPhone 5S and 5C.