But its growth is slowing 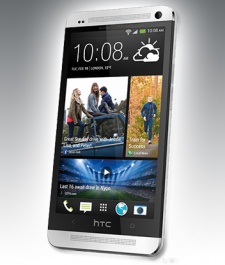 Android's performance in 2013 was a bit of a mixed bag.

But it's not all rosy - Strategy Analytics reports that Android's annual growth rate was a modest 62 percent, the lowest level ever reported in the platform's five-year history.

Worse still for Android, Neil Mawston - executive directory at Strategy Analytics - predicts that its slow growth will cool down even more in the year ahead as it tries to find new users.

"We expect Android's growth to slow further in 2014 due to market saturation, and rivals like Microsoft or Firefox will be ready to pounce on any signs of a major slowdown for Android this year."

Android's slow growth wasn't an anomaly for 2013, however.

Linda Sui - a senior analyst for Strategy Analytics - painted a grim picture of Apple's performance over the past twelve months, calling it a year Cupertino would rather forget.

"Apple iOS grew a sluggish 13 percent annually and shipped 153.4 million smartphones worldwide for 15 percent marketshare during 2013. Despite record volumes, 2013 is arguably a year that Apple will want to forget as growth slowed sharply and its new 5c model performed less strongly than expected."

Sui then turned the "firmly established" Microsoft's performance in the global smartphone market, and highlighted areas where it needs to improve as well.

"Microsoft is now firmly established as the smartphone industry's third major ecosystem, shipping 35.7 million units worldwide to capture 4 percent marketshare in 2013. However, the Windows Phone platform is still struggling to gain traction in the low-tier and premium-tier smartphone categories and they remain serious weaknesses that Microsoft will need to address in 2014."