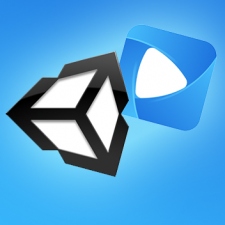 Leading development engine Unity is to acquire Applifier for an undisclosed fee, the two companies have announced, with video sharing platform Everyplay being added to Unity's growing arsenal.

Applifier, which aids developers both acquire and monetise users, has expended its suite in recent years, with Everyplay  which allows players to record and share mobile gameplay via social networks  having rolled out in 2012.

The firm also runs the GameAds video advertising network. Both tools are to be integrated into Unity's platform, with Unity CEO David Helgason pitching the acquisition as part of the company's drive to deliver "tools that can make our community more successful."

"By welcoming Everyplay to the Unity platform, we're arming our developers with an incredibly powerful and authentic way to connect with a rapidly growing community of passionate gamers," added Helgason.

Everyplay already boasts a global userbase of more than 6 million mobile players, growing up 1 million new users a month thanks in part to its recent launch on Android.

Importantly, Applifier claims Everyplay will continue to offer its SDK outside of Unity products.

For his part, CEO Jussi Laakkonen was keen to push the line that this is a deal that will benefit the development community.

"We are thrilled to join forces with Unity and, with the help of the incredible Unity community, overcome these important challenges together."

You can read our full interview with both Helgason and Laakkonen here.