Despite the death of the check-in, developers herald the rise of Location-Based Gaming 2.0 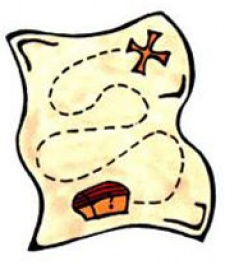 The fact I didn't notice sooner the check-in bubble had popped was partly due to the fact that I myself didn't check-in anymore.

Of course, my miscellaneous group of Foursquare friends are hardly representative of its wider audience.

Yet when early adopters within the mobile industry haven't checked-in for months, and in some cases years, a once exciting impulse has obviously been lost.

That was the trigger for today's burst of coverage with PocketGamer.biz hooking up with the developers in the vanguard of location-based games.

Significantly, Foursquare usage amongst these guys remains high, as does interest in location-based games from the investors who are their main source of income at present.

Transfering this excitement to the general public is a more tricky task, although that's not to say good attempts haven't been made. Rather, early breakthroughs such as Booyah's MyTown and Grey Area's Shadow Cities - both released in 2010 - haven't broken out into global successes.

Partly this is because regionality matters, so while those two games respectively found audiences in the US and Finland, it's much harder to ensure a density of players throughout locations and time zones.

That's why the focus of many developers is shifting to a more nuanced view on how location can be employed.

"The biggest challenge is in using location as a compelling gameplay mechanic without overly restricting players due to their location," says Massive Damage's Ken Seto.

Similarly, in its game Parallel Kingdom PerBlue's Justin Beck explains that it's 'not too fixated on where the player actually is'.

"Location should never be a limiting feature," he explains.

It's such thinking, combined with increasing ambition and industry experience - current darling of the scene Red Robot Labs has raised $10 million in VC funding and has experienced execs from EA, CrowdStar and Playdom - that's driving what some are calling Location- Based Gaming 2.0.

According to Chris Solarski of Swiss outfit Gbanga, the next step is to "develop new location 2.0 metaphors and applications on top of the raw technology, in the same way that web 2.0 turned simple HTML websites into interactive experiences". And he's already using the #Location2.0 hashtag on Twitter.

Another approach comes from US-Israel firm Ogmento, which as well as being location-based, also combines it with augmented reality gaming.

It "allows us to go much further in location-based gameplay than other companies," argues CEO Brian Selzer.

Combined with this is a resurrection of companies like Booyah, which launched MyTown 2 late last year, and has just announced Pet Town, mixing up pet nurturing and location-based gaming. Grey Area is also hard at work on its next game.

Despite the failure of the check-in, then, it seems there's everything still to play for.