Opinion: Will Cross-Buy be the PS Vita's system seller?

From our own little corner of the tech world, though, the news coincided with the launch of some of Sony Computer Entertainment's most proactive, forward-thinking initiatives in its 19 year history.

First up was the availability of its PlayStation Plus subscription on PS Vita, which gives users an 'Instant Games Collection'.

That includes free access to the likes of full price starlets like Uncharted: Golden Abyss (worth £39.99), Gravity Rush (£29.99), alongside 'indie' title Mutant Blobs Attack (£5.49), and decent discounts on an array of other games thrown in for good measure.

For the £39.99 annual subscription fee, the number of games thrown in every year make it a bit of a no-brainer, and also includes other useful services like cloud saving and automatic patching.

But what makes it even more alluring is the fact that if you're already a PlayStation Plus member on PS3, you don't have to pay twice, meaning double the number of free games for no extra charge.

GenerosityAnd Sony's generosity also extends to its Cross-Buy initiative, where buying one version of a game gets you the other one for free.

Up till last week, the promotion applied to a few relatively low key download-only titles like MotorStorm RC, Soundshapes, When Vikings Attack and Foosball 2012.

But as of Friday, the initiative was extended to include PlayStation All Stars: Battle Royale, the first of several full-price retail titles to benefit, with Ratchet & Clank: Q-Force joining this week (though the Vita version has been delayed till January), and Sly Cooper: Thieves In Time following suit in February 2013. 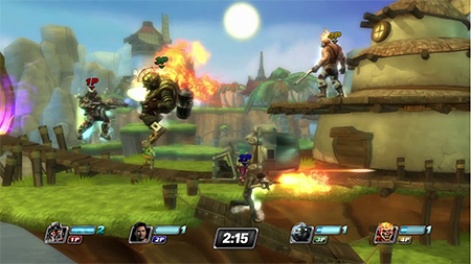 For me, Cross-Buy solves one one of the main problems that has dogged 'console quality' handhelds ever since the PSP emerged in 2004.

For as great as it is in theory to have brilliant versions of your favourite console game to play on the move, the truth is you quickly start to resent having to pay for the same game twice.

After the initial PSP goldrush of 2005 and 2006, the novelty quickly wore off in the West, and the kind of titles that succeeded on handhelds were ones exclusively designed around  the format - a strategy Nintendo pushed to the hilt, and is still succeeding with to this day.

Small screen epicsBut although the received wisdom is that gamers don't particularly want to play full-blown, big budget epics on handheld devices, I'd argue that it has a lot more to do with people spending their money wisely than any specific lack of appetite for playing them.

It's not like we'd never watch a movie on a small screen - why should games be any different?

Given the option, gamers would much prefer the freedom to play their favourite games whenever they go, and chop and change formats accordingly. With cloud saving now a standard feature, you get to pick up where you left off.

Back in the PSP days, a lot of the issues with the format were down to control and technical limitations - something that Sony has been very proactive in fixing with the Vita.

And while the PS Vita might not quite be as powerful as a PS3, it's certainly not far off, and provides an all-round quality of handheld gaming that's far and away the best available right now.

Smartphones and tablets may quickly surpass any handheld gaming system in the technology stakes, but there are fundamental limitations that are unlikely to be solved any time soon.

For a start, touchscreen formats always have and probably always will suffer in certain genres through their inherent lack of physical controls - and that's something that, for now, puts the PS Vita at a considerable advantage.

And while developers have adapted remarkably well to touchscreen-only devices, and have designed hundreds of truly brilliant apps, the market has proven resistant to paying very much for them.

As a result, this marks out the PS Vita as the only handheld format where the potential resides to experience the kind of big budget titles that we're used to playing on consoles and PC - and the fact that Cross-Buy exists makes it far more tempting for people to throw their money at them.

But, of course, such an initiative cannot succeed unless the market gets behind it and takes the risk. Right now, it's Sony ploughing a lonely furrow with its first party Cross-Buy releases, while the big third parties tentatively watch from the sidelines.

Activision, EA and Ubisoft had an opportunity to get behind the idea with Call Of Duty, FIFA, Need For Speed: Most Wanted and Assassin's Creed III, but instead chose to develop bespoke versions instead.

Time constraints, technical limitations and financial risk undoubtedly put paid to any theoretical ambitions, but in the long-term, initiatives like Cross-Buy and Cross-Play are the kind of added-value ideas that are guaranteed to keep gamers invested in buying full-priced games year after year.

After all, when we pay for a game in the App Store, we don't think twice about the fact that it will most likely run on any iOS device we own (compatibility permitting). 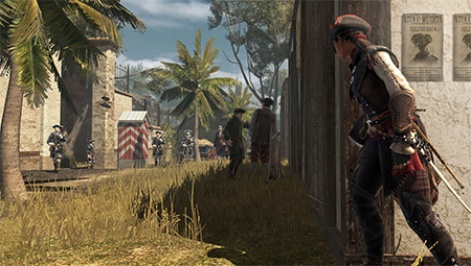 Apple could have been as restrictive as Nintendo and locked the game to one specific device, but you can bet that consumers would be far less inclined to buy apps with such startling regularity if it did.

The key to succeeding on any gaming platform is evidently flexibility, and the more you give to consumers, the more they'll be inclined to invest. The question for Sony is whether the twin assault of Cross-Buy and PlayStation Plus can buy enough time to kick start interest in the format.

A slew of tempting high quality first party content is certainly a start, and we can expect a lot more to follow in 2013, too.

But to really make the most of PS Vita's key advantages, Sony needs to court third parties like never before. It's simply not enough to have an exclusive Call of Duty or Assassin's Creed III when the results are sub-par.

To really make Cross-Buy work, and to transform the PS Vita into the must-have system that it deserves to be, the initiative would have to extend to all the big titles across the board.

Whether Sony can sweet-talk enough third parties to get involved will be the deciding factor.