If half of all gamers are female, why do women only make up 6% of the games industry?

Women in Games's Jackson on finding a balance 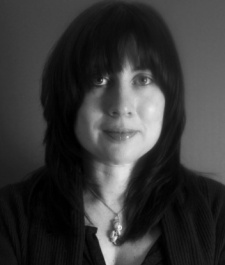 March 8th, 2013 - 02:00pm
By Guest Author
Gina Jackson is the CEO of Women in Games Jobs, an organisation that works to recruit, retain and support the progression of women in the games industry.

Today is International Women's Day, an event that started in the early 1900s as a celebration of women's economic, political and social achievements.

And in case you're wondering, there is an International Men's Day on 19 November, created in 1999 to improve gender relations and highlight positive male role models aimed particularly at contributions to community, family, marriage and childcare.

So how does this fit with games?

Well, this year we have finally seen equality in the games audience with 50 percent of players now being women. But although 51 percent of the population is female, and 47 percent of the workforce, the games industry falls well short of these figures.

Just 6 percent of our industry is female  a shockingly low figure made even worse by the fact that numbers have fallen significantly since 2000, when women made up 16 percent of the workforce. So what has caused this almighty drop, and what can we do about it?

There isn't a huge amount of research showing the reasons why, but there's plenty of anecdotal evidence.

We recently saw many women take to Twitter with the #1reasonwhy hashtag, for instance, bravely sharing their shocking accounts of sexism within the industry.

My own research with a relatively small sample that shows that the lack of training and career development have been the primary reasons why women have left games, but sexism also undoubtedly plays a part.

As such, I was shocked that I didn't see a single company or trade association come out and take action based on what was revealed in #1reasonwhy.

I'd wanted to see companies assure their staff that this kind of behaviour won't be tolerated, that they would take any complaint seriously and to advise their staff on what they should do should they experienced sexism.

Maybe this has happened privately, but I personally wanted to see more public action.

The only response I saw was the view that the games industry isn't any more sexist than any other industry. Whether that's true or not, the experiences many of these women described simply aren't acceptable.

For those companies looking to employ more women, it's worth noting that only 22 percent of all employees got their jobs through adverts, so advertising your roles at least gives those outside your usual circles a chance to apply.

And according to Google, women apply for new roles or promotions when they have 80-90 percent of the skills required, whereas men tend to apply with only 50 percent.

Although this isn't a hard-and-fast rule, if a woman applies for a role, the chances are that she knows she can do the job.

Women will also use very different language in their profiles, often speaking about 'we' instead of 'I'. Unfortunately, downplaying personal achievements as being boastful isn't seen as a particularly attractive trait in the recruitment process.

Even though women make up just 6 percent of the industry we see even fewer women speaking at conferences or appearing in print. If you try and name inspirational women it's not easy. It's not that they don't exist, it's just that you rarely hear about them publicly.

Many conferences employ a democratic way of getting speakers with a call for talks; but again, this relies either on a boastful nature or a product/service to sell.

Although this may at first appear to be an easy way of making the process open to all it often doesn't result in giving women the voice that I think we need to encourage.

Women need to take the opportunities made available to them and we need to find solutions that provide the best results for our industry. After all, conferences are a great way of sharing information and being inspired.

So why should women be encouraged and treated differently? I have often heard that if they were good enough they would succeed. Well, we live in a patriarchal society; that's not a criticism, it's simply a fact.

The business environment has been created by men, and that obviously works really well for men.

Conversely, childcare and kindergartens are mainly run by women, and it's clear that they work well for women, often to the detriment of men.

So, encouraging women to act differently than they may do naturally and making sure everyone appreciates the differences in behaviour is one important step towards creating a more inclusive and balanced workforce.

A workforce more reflective of our audience will enable games to be developed in different ways and have different input based on diverse experiences.

This doesn't mean women can only make games for women and men for men of course, but should enable us to create new games, have new ideas and make an industry that is stronger and more resilient.

And this is particularly important for mobile and tablet games. These games have a low barrier of entry, and an audience made up of many who wouldn't consider themselves as gamers.

Mobile games give all of us an opportunity to explore and experiment with radical new games ideas and genres for old and young, men and women alike. A more balanced workforce will only serve to further heighten this creativity and broad appeal.
To find out more about Women in Games Jobs, visit the organisation's website.