Opinion: With 4.6% of US iPhone discovery market, was AppGratis too successful for Apple?

Or was its status illegally gained? 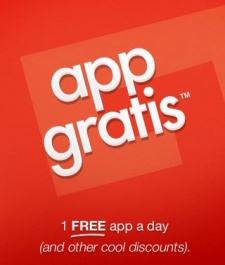 Neither side has yet provided any details why AppGratis' iOS apps have been pulled from the App Store.

But some commentators (and competitors) have their own views.

The first thing to point out is that while Apple clearly isn't a fan of third party app promotion schemes, plenty of apps which offer such services remain live on the App Store.

A quick search for 'free apps' on App Annie will find you more than 20 titles which aggregate those apps that are free or have recently gone free. The list doesn't include well known services such as FreeAppADay and App-o-Day, which like AppGratis are run as commercial operations, promoting the apps of paying customers.

To that extent, then, Apple isn't cracking down indiscriminately.

Top of the tree

What is significant about the AppGratis situation, though, is that it had become the strongest player in this space.

Having raised $13.5 million in its Series A round in January (a large amount of cash for a first round), and with a global footprint, the company also moved aggressively into the US iOS market.

Indeed, according to market intelligence outfit Onavo, AppGratis went from a sub 1 percent share of the US iPhone monthly user volume for app discovery in December 2012 to 4.6 percent share in February 2013. 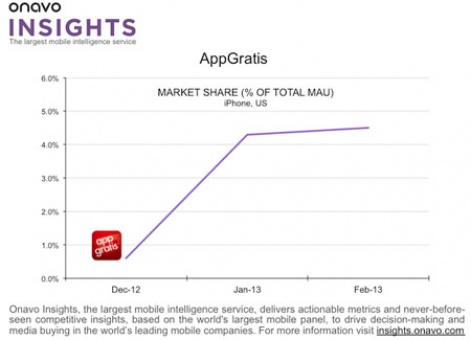 That's massive growth, and meant it was more than three times larger than its nearest competitors; the likes of AppAdvice, AppsFire, FreeAppADay and App-o-Day.

Hence, the thinking is - even leaving aside how AppGratis generated this growth - its success meant Apple was forced to pay close attention to it.

As previous run-ins with the likes of Tapjoy demonstrate, there are so many app promotion schemes Apple doesn't have the manpower to police them all; whether or not they are doing something against its terms and conditions.

Elephant in the room

Of course, the uncertain issue is how AppGratis generated such growth.

In the cut-throat world of app promotion, I've heard accusations against every company operating in this space - typically concerning automatic downloads aka botfarming.

From what I know about AppGratis and its executive team, I would be very surprised if this was the case, but it can't be ruled out.

Indeed, for the record, two competitors have suggested it is what happened, albeit not providing any evidence, aside from the fact that Apple would only have taken such decisive action if it discovered something was seriously amiss.

All we can do is wait for more detail from the parties concerned, but if nothing else, this situation underlines the uncertainly of operating - and being successful - with such services in the iOS ecosystem.