Apple ban was a 'blessing in disguise' 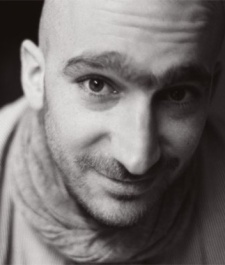 As 2013 fades into memory, it's time to look back at the events that dominated the last 12 months in mobile gaming.

Simon Dawlat is CEO of app promotion platform AppGratis, which made headlines in the spring of 2013 after Apple unceremoniously kicked it off the App Store for, in Apple's terms, resembling an app store in its own right.

Simon Dawlat: Definitely the Supercell deal and not necessarily only because of the amount involved but rather because of the tiny headcount of the company.

It's mind-blowing to think that a company can have such impact and such metrics with so "few" people involved. A truly impressive and inspiring bunch of Finns that we're happy and honoured to work with.

What was the most significant event for AppGratis?

The most significant event for us was also a very unfortunate one when Apple kicked our iOS app from its App Store back in April. That was not a fun thing to go through  I can tell you that.

But reflecting on everything that happened, I now see it as a blessing in disguise. We had to rethink our whole product and growth strategy which led us to building a consumer-facing platform that is now much less dependent on a single traffic purveyor, and much more ubiquitous.

Since we're still a profitable company and haven't touched the money we raised yet, we have near-infinite runway ahead of us to fulfil our mission. It's just going to take us a little longer than I thought  which is fine, because both the market & distribution needs are ever-growing.

But clearly, 2014 is going to be the most important year in the life of AppGratis, and as Jason Calacanis puts it: losing is not an option.

My favourite mobile game of 2013 has been Tinder.

Other than that, I'm always happy to spend some time with Zombie Tsunami by the Mobigame guys on my Nexus 5: a great game with a true artistic feeling to it  and it's doing really great on both Google Play and the App Store.

As a rule of thumb I never play the prediction game because I always end-up looking like a fool  happy to leave that to smarter people.

But I'm definitely keeping an eye on Facebook this year because it has the most challenging battle to fight in the mobile communication market - it's going to be ruthless and fascinating to watch. T

It'll probably fork its mobile assets even more by launching or acquiring, while battling with some super strong players all around the world. And it's the last in the race left with no hardware platform. So I suppose it's going to be a really intense year for Facebook.

I'm also keeping an eye on Yahoo and its crazy acquisitions spree and new leadership. Is it going to pan out for the firm? I sincerely hope so.

After being a PC for 10 years, I've decided to move onto a Mac this year, out of a need for some real OS novelty  proof that I bear no grudge against Apple.

Thanks to Simon for his time.