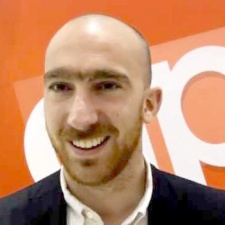 Back in 2013, one of the hottest stories of the year was Apple suddenly pulling daily app promotion service AppGratis from the App Store.

What made the story even more spicy was that AppGratis had recently raised $13.5 million in funding, and that CEO Simon Dawlatt was on a flight to Brazil when the news broke.

He arrived to notification of 75 missed calls.

Okay, it's wasn't a meme of Justine Sacco proportions, but the app development community, which had grown up relying on thirdparty promotion services - of which AppGratis was one of the most powerful - it was a shock.

As for Dawlatt and AppGratis, they quickly reconvened their service on Android.

And in the two year since, business has been good.

AppGratis has just announced over 10 million downloads: a good opportunity to fire some questions over to Dawlatt, we thought.

PocketGamer.biz: How long did it take you to reset the business after AppGratis was rejected from the App Store?

Simon Dawlat There was no real interruption in the business, even though the Apple blow did hurt us a lot. Android was launched very quickly afterwards and helped us rebuild trust and traction.

We've also been busy building closing white label integrations, and also a push notification platform at Batch.com that is today used by more than 1,000 apps in production.

Are you now totally focused on Android or do you still have activity on other platforms?

On Android, alongside our flagship app, we've been offering AppGratis as a white label monetization product to top content players, media groups and telcos.

We don't target other platforms for now.

Given that app stores are always improving their internal discovery tools and methods, why do you think there's still a place for third party discovery channels?

Recommendation from the platforms are inherently biased, so there will always be room for relevant third parties.

Recommendation from the platforms are inherently biased, so there will always be room for relevant third parties.

Also users will browse many different sources before taking one (or multiple) buying decisions.

Building a dedicated and independent community has never been so valuable, at a time where platforms tend to concentrate most/all of the value.

What it's the opportunities for individual developers to work with AppGratis?

Our best performing campaigns still drive hundreds of thousands of installs globally and we now have a unified developer help desk thanks to Help Scout at hellosimon@appgratis.com

What can you say about the move to go white label? Why does AppGratis appeal to companies who want their own branding on discovery?

That's the primary reason behind our white label efforts. We work mostly with telcos, top content players and media groups.

Currently you're still focused in western markets. What's the plan in terms of global expansion?

We're focusing mainly on the US/UK zone, Europe and Brazil for now.

You can check out AppGratis from Google Play here.