Opinion: Has the rise of games-as-a-service killed the successful indie?

Creativity and luck no longer enough 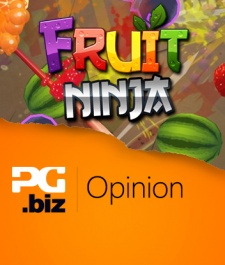 You remember the halcyon days of 2009, right?

Unknown such as Rovio, Bolt Creative and Lima Sky made millions of dollars, rising up the charts with 99c games such as Angry Birds, Pocket God and Doodle Jump.

And the trend continued with Halfbrick's Fruit Ninja and ZeptoLab's Cut the Rope.

Even as late as 2011, German student Andreas Illiger came from nothing to #1 with Tiny Wings. It was the high point of the concept of the indie mobile games studio.

Three years on, the game ecosystem has totally changed. Successful paid games - at least in the form of 99c paid games - are over.

Not only do such games generate much more than 99c per player, they require longer development times pre-launch, and they are much more complex in terms of post-launch operation; both in terms of the server expertise, and the ongoing development resource required.

Was Tiny Wings in the last wave of big indie hits?

This is beyond the scope of start-up developers, unless they are very experienced and/or have raised investment. Even in these cases, you need more than the handful of people that's our typical shorthand reference for an 'indie developer'.

If that wasn't depressing enough, the virality of the paid chart - the free marketing channel of those 99c hits - has been smashed into a million pieces.

Indeed, one witty comment on the importance of the mass of indie studios to the wider mobile game ecosystem is that their only reason to exist is to provide in-game advertising slots for the bigger companies.

This approach can be labelled as a new business model for indies - aka 'Take the advertising money and run'.

What level of success?

Of course, this doesn't mean that small indie studios can't be successful - at least on their own terms.

One of the problems with press coverage of the mobile games market now is that companies such as Supercell, King and GungHo Online are treated as the default definition of success.

Clearly, games that generate multiple millions of dollars daily are outliers. Most companies would treat a game generating a $1 million a month as a massive success.

But the underlining problem is that no paid game is going to generate that level of revenue, and few indies have the expertise to develop and operate (and market) a free-to-play game for long enough to build up that level of success.

Even the most successful free-to-play games take months if not years to build up to their peak months of revenue generation.

Step into the light

Yet there are some high level examples that perhaps not all is lost.

Husband-and-wife team Imangi Studios fell into multi-million dollar success with their Temple Run series in late 2011, while the twin-brother team at NimbleBit has been banging out free-to-play successes since 2010's Pocket Frogs.

Even on the paid front, two-man Swedish indie Simogo has - at least - gained critical success in 2013 with the likes of Year Walk and Device 6 (both $3.99).

Still, in these cases, the team sizes are tiny and their productivity has been relentless. Maybe the key business rule for all wannabe indie mobile game developers is 'Stay small and launch (fail) fast'.

Because, the stark fact is the rise of the number of indie studios since 2011 has caused a massive glut in the supply of games.

Crudely put, there are too many mobile games, and most of them aren't offering the sort of experiences that players (especially paying players) actually want.

And it's this disconnect which is the biggest obstacle for any mobile game developer - whether indie or not - to overcome.

The spark for this article came during a discussion in a panel talk about mobile games at the Live Mobile! 2013 conference in Moscow, Russia.