Opinion: Nintendo needs to break down the console-handheld divide, not rush into mobile 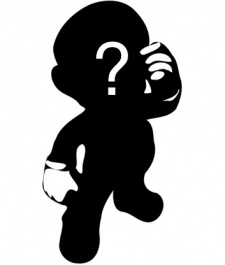 What a difference a few days make.

Shortly after Nintendo of America hailed the 3DS handheld as a "powerhouse", the Kyoto-based gaming titan dropped a massive bombshell and drastically cut its sales forecasts while announcing that its projected $960 million profit would melt into a loss.

Gaming and financial news sites tore into this volte face with wanton glee over the weekend.

Some predicted the impending doom of the 124-year-old company while others brazenly said Nintendo's only hope to remain competitive was to abandon hardware manufacturing altogether and embrace free-to-play on mobile.

Both views lack an appreciation of Nintendo's focus on the long game, however, and the latter is particularly myopic despite the financial success waiting on the App Store for Nintendo.

Whatever short-term gains Nintendo would see from the push to mobile would stand in stark contrast to the irreparable damage it would do its brands as it spend the one remaining high card it has to play - exclusivity.

Still, even the most ardent of the Nintendo faithful would agree that the Big N needs to try something new if it wants to stay relevant in the changing games industry.

And I believe its salvation lies in breaking down the divide between its console and handheld hardware.

This might sound like an odd point of view given that Nintendo's Wii U - an excellent and powerful gaming machine, by the by - is the biggest albatross around Iwata's neck at the moment.

After bullishly insisting that his company could move 9 million Wii Us globally in 2013, Iwata cut the figure by 70 percent on Friday.

The 3DS handheld also saw its projected sales cut - albeit more modestly - from 18 million to 13.5 million, down half a million from its 2012 sales, with its projected software sales suffering a similar cut in projections from 80 million to 66 million.

This might sound like doom and gloom for the 3DS, but it's not that simple.  Nintendo is almost minting money with the 3DS in Japan and it's performing admirably in the United States.

Unfortunately, its underperformance in Europe damaged its overall global projections. Meanwhile, its 3DS software sales for 2013 - even with the downward revision - will actually be up a third from where they were in 2012.

On the software side, Nintendo also saw immense success on the 3DS with Pokemon X / Y and Animal Crossing: New Leaf - both of which sit well north of 5 million copies sold. Pokemon in particular was a bright star that managed to sell over 4 million copies in its first weekend - a figure many in the mobile space would love to replicate.

So, where did the Big N go wrong during the vaunted Year of Luigi?

It made the critical mistake of believing that the consoles and handhelds would remain separate spaces.

A great example of this failing lies in the eShop and virtual console disconnect.

Recently, a port of Castlevania II: Simon's Quest came out for both the Wii U and 3DS. I liked the game well enough in my childhood to consider purchasing it, but in order to play it on both the 3DS and Wii U I'd need to purchase it twice - once on each eShop - and forget about trying anything fancy like cross-saving between the two versions.

This fragmented virtual store is inexcusable in today's on-demand gaming ecosystem, and it's something that Nintendo can use to find direction for its comeback.

In other words, it needs to find a way to unify its consoles and handhelds.

Ironically, this would mean that Nintendo should be looking to take a note from the less-successful Vita's current place in the PlayStation ecosystem.

The Vita is a capable and powerful gaming handheld on its own, but it also serves as a great companion device to the PlayStation 4.

For a while, it actually looked like Nintendo was feeling out this direction its next move.

The Wii U's gamepad is remarkably tablet-like, and the thought of it transforming into the next Nintendo handheld isn't that hard to come to terms with - especially considering the 2DS is, essentially, a tablet with integrated control buttons.

But Nintendo never committed to this unification. Instead, the 3DS and Wii U interact only on the most cursory of levels with a rare few games supporting any sort of interplay between the devices.

For Nintendo to find success with this approach, it needs to aim higher than mere companionship and swappable save files - it needs to find a new and innovative way to erase the lines between the console and handheld experience.

The possibilities here are enticing, but Nintendo can't afford to drop the ball again. It needs to find a way to justify its presence in the living room, and the Wii U - for all its power - isn't convincing gamers that it's worth their time.

While looking over Iwata's statements, I was reminded of a throwaway comment a prominent free-to-play mobile developer made to me over lunch this past autumn.

Asking about my reaction to the 2DS, I shrugged and said I didn't see where Nintendo was going with the hardware. Looking up from his plate, the developer - who'll remain anonymous - grinned mischievously and said, "I've learned to never bet against Nintendo."

Over the past 30 years, Nintendo has become all but synonymous with quality console and handheld gaming experiences - and that isn't something that's going to vanish overnight despite seeing $1.2 billion wiped off its market cap on the Nikkei.

After looking at Nintendo's current situation, I'm optimistic that Nintendo will see a phoenix effect from all of this when the dust settles. It'll use this crisis - and it well and truly is a crisis - as the impetus needed to find its place in the modern gaming ecosystem.

Nintendo has the money and experience necessary to move on from here - but the battle ahead is Nintendo's alone to win or lose.