From Stardom to The Empire: How Glu has evolved the UX in its celebrity games

A brief look through 7 games 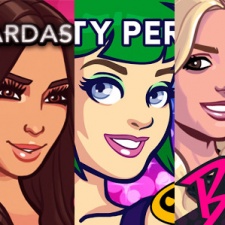 This story was originally published in May 2016. We have updated it to include the December 2016 release Nicki Minaj: The Empire, which brings a few more improvements to the celebrity genre.

When it comes to making sequels to its celebrity games, Glu Mobile must have a hard time trying to work out what can be changed or updated.

To suit the chosen celebrity, the narrative is always different, but beyond that the games remain largely the same.

After all, changing the gameplay too drastically has proven fatal in the past – just look at Katy Perry Pop.

But one area that Glu has constantly been experimenting with is the UI – placement of menus, size of icons, and so on.

It may seem like a minor change, but it’s helped elevate each subsequent release, with each game becoming more enjoyable to play thanks to some small tweaks here and there.

To illustrate this, we've gone through each game in the series to analyse the UI, and show just how far Glu has come when designing its game menus.