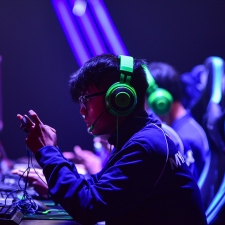 Each month, PocketGamer.biz and Stream Hatchet present Upstream, breaking down the impact of mobile games and esports on streaming platforms; the ebb and flow of the most popular titles including Free Fire, PUBG Mobile, and Clash Royale, and pioneering newcomers; and how they’re reaching their audience.

Today, Upstream presents the data for January 2022, which sees not only a dethroning of a top 10 regular but also a much-needed portent for the mobile esports scene.

The most watched mobile game across Twitch, YouTube, and Facebook Gaming in January 2022 was Fire Free, increasing viewership by 10 per cent and overtaking Mobile Legends: Bang Bang. However, the banning of several versions of Free Fire, including Free Fire Max, in India will undoubtedly have an impact on its streaming popularity in the months to come.

Mobile gaming remains nascent on Twitch, the service most synonymous with games streaming, with Facebook Gaming laying claim to 55 per cent (146 million) of the 266 million hours watched across Facebook, YouTube, and Twitch.

The popularity of Mahjong Soul throughout January 2022 can be almost solely attributed to Japanese streamers. The Nijisanji group, a team of Vtubers, held by far the most viewers.

Although the vast majority - 69 per cent - of Mahjong Soul viewership was on YouTube, StylishNoob, the creator of ZETA DIVISION, captured a significant percentage of viewers on Twitch.

Regardless, the popularity mobile esports took a dramatic downturn, with viewership down 89.1 per cent from January 2021 and down 90 per cent from December 2021 - at only 5.6 million hours watched.