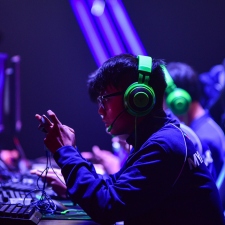 Today, Upstream presents the data for April 2022, which sees mobile gaming viewership remaining stable, and a comparison of the most popular mobile genres by download and how they contrast with the most viewed streams.

There remains no shift in the top 10 most streamed mobile games, but current leader Mobile Legends Bang Bang saw a 21 per cent increase in viewership, in large part due to leading mobile esports event, Mobile Legends Pro League Indonesia S9, which received over 14.5 million hours watched and, during its height, reached one million concurrent viewers.

Encouragingly, after months of fluctuating viewership, hours watched remained stable; seeing only a 0.6 per cent decline.

Youtube Gaming and Facebook Gaming continue to be the most popular streaming services, with Twitch viewership still flagging – although clearly its audience are fans of Supercell: it is the only platform in which Clash Royale was the most streamed mobile game.

As detailed above, this month was dominated by Mobile Legends Pro League Indonesia S9, and with Arena of Valor's RoV Pro League 2022 Summer unable to break a million hours watched or peak concurrent viewers, overall mobile esports viewership declined by 65 per cent.

Despite being a defining part of many players' relationship with games, the most popular genres for streaming and esports differ considerably from the most popular mobile genres. Casual games – defined by data.ai as hypercasual, puzzle, arcade, and "other" – occupying 78 per cent of global downloads, whereas core games represent over 96 per cent of streaming viewership.

The definitions of core and casual games detailed in the slide have been repeated below for readability:

"Data.ai has defined casual mobile titles as games within genres that typically have faster playtimes and less competitive elements. Conversely, core games have longer average session times and feature more competitive elements including esports. Stream Hatchet has elected to compare the 2020 downloads data to Q1 2022 data as there is no significant difference ( >2% ) vs the prior year (2020) period."