Rate for Homerun Battle 3D was 70% 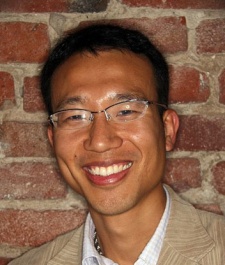 May 13th, 2011 - 02:17am
By Jon Jordan, Contributing Editor
Korean publisher Com2uS has been a firm supporter of Android, notably having an early success with its Slice It! game receiving over 6 million downloads on the platform.

But as US general manager Don Lim explains, despite recent announcement of 100 million devices and 4.5 billion app downloads, the commercial ecosystem of Android remains challenging.

PocketGamer: Com2uS has been enthusiastic about Android, so how are you finding the Android Market?

Don Lim: We've seen a surprising amount of success on the Android Market in terms of numbers. In fact, we have seen more installs of Slice It! Free and Homerun Battle 3D Free than on the iOS. This might not be indicative of revenue, but is true in sheer installs.

What's your thinking on the balance between free and paid content?

The Android Market seems to lean toward free content - whether the user base is accustomed to free content or the wider mobile user base is evolving that way is unclear. The number of factors seem too great to give a definitive answer as to why this is the case, but what is clear is that you can see tremendous downloads but paid isn't viable right now.

Piracy is the main problem, and so we've decided to focus on free titles for Android. We've seen the most success with free content, so we'll most likely stick to catering to that crowd.

Has the introduction of Google's IAP SDK changed the situation?

Homerun Battle 3D does have in-app purchases though it hasn't seen the returns that the iOS versions has yet, but it's starting to pick up. This is the case with 9 Innings Baseball Pro as well.

Right now, we're shooting for free games with IAP on Android, so we're excited about the SDK. We'll remain that way on Android until the piracy and general market issues change. Having IAP is vital.

What's the current situation with piracy?

The piracy rates surprised us, and have been a huge issue, which is why we don't have new paid games available for Android.

For example, early in 2010, and before the free version came out, the piracy rate for Homerun Battle 3D was around 70 percent.

Is there are large enough install base for in-game advertising?

Yes, that's where Android really makes sense, and we have around an average of 10 million ad inventories filled, although the click thru rate on Android is 1%+, whereas it's 3%+ on iOS.

Of course, the revenue potential is higher on the CPI (cost per impression) side for hardcore games, with interstitial ads working better for casual titles.

Have you used any of the other Android channels such as carriers, GetJar, Amazon etc, and do you think this will change in the future?

GetJar is helpful if we can supply a 24 to 48 hour exclusivity window. For example, Slice It! did extremely well via GetJar, and we were pleased with the success of campaign.

However, it is hard to promise exclusively too often when you want to get your games out on as many platforms as possible and into as many hands as you can.

Thanks to Don for his time.