And it may change public perception 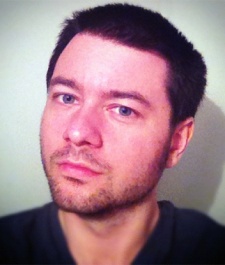 October 12th, 2012 - 03:12pm
By Keith Andrew
With Kickstarter finally giving the green light to projects based in the UK, we decided to get in touch with British-based studios for their take on how the crowdfunding tool may impact the dev scene on these shores.

Next up: Albino Pixel co-founder and technical director Dave Allanson.

Dave Allanson: I think it is a useful tool if you already have a following like Tim Schafer or you're wanting to bring back a cult IP, but I don't think it will be a revolution for the UK market.

This is where crowdfunding is most useful in my opinion.

It can bring that extra awareness to your game and help provide some money to give you that extra time to apply polish to it and avoid rushing it to market.

Yeah, primarily it should be, but there are situations where it could be used alongside.

I'd say especially situations where you have a publisher or the money available to release on some platforms but want to use crowdfunding to judge if there is interest on other platforms and if so raise the cash for it to be ported.

There are only so many projects that people can fund, especially as you wont see anything for a long while in a lot of cases.

What interests me more than 'fatigue' though is what happens when we start to have a few failed or misjudged Kickstarter projects and what the public perception of it will be then.

As the number of projects and countries Kickstarter is available in increases the likelihood of this happening is growing.

Yes we would definitely consider it - we have a couple of concepts we are prototyping now and if we had one that we felt would fit the crowdfunding model we would submit it.
Thanks to Dave for his time.