No need for expensive plugins 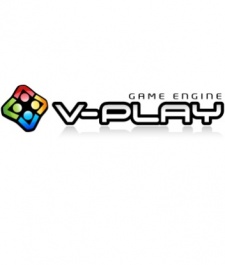 April 3rd, 2013 - 09:28am
By James Nouch, Staff Writer
Does the world really need another cross-platform game engine? The Austrian team behind V-Play think so.

The firm claims its engine is a unique proposition. For one, V-Play is focused on 'rapid 2D game creation'. Nothing especially original there, you might think, but V-Play is designed to work without the need to add 'costly plugins'.

Aside from the basics, a level editor that enables developers to monetise community creations is also an interesting proposition, causing us to hunt down V-Play co-founder Christian Feldbacher for more details.

Pocket Gamer: What is V-Play?

Christian Feldbacher: V-Play is a cross-platform game engine specialised for mobile 2D games that's designed to help developers save time and money in every part of the game development lifecycle.

Start from ready-made game templates of most popular game genres, then develop on any desktop OS with a full IDE including a JavaScript debugger, profiler, code completion, GUI designer and more.

You can test easily on your mobile devices by just scanning a QR code on V-Play Build Server, and add a customisable level editor into your game which allows your players to create new content, keep your game alive and grow your user base.

What are the engine's unique features?
The feature is the level editor. You can customise it to match the style of your game and let your players create new levels on their mobile devices.

Your players can then subsequently share their levels with friends and the whole community of your game, which helps provide steady content updates without any effort for you as developer. Additionally you can monetise these levels with level packs players can purchase in-app.

You can also use the level editor during development. Level designers can test the game and the influence of changing any balancing settings while the game is running, even on mobile devices and then sync it back with the development team.

And the programmers can tweak performance-critical settings, for example for particle systems, on real devices and see the performance impact instantly.

The IDE, meanwhile, has all the features developers are dreaming of  code completion, context-sensitive help, integrated docs, live issues, debugger, profiler and a GUI designer  and it's available for Windows, Mac OS X and Linux.

Finally, V-Play games are programmed with QML and JavaScript, a powerful combination that allows rapid development thanks to highly productive features for game development like property bindings, state machines or fluid animations of any property.

Developers are already well-catered to in terms of cross-platform development solutions. How are you going to win over developers who are happy with Unity, Marmalade, Corona SDK and others?

Our team did use other available tools in the past years but none allowed the rapid game creation specialised for 2D games we were striving for.

Additional costly plugins required for 2D games or a lacking IDE are a no-go from a developer's perspective, along with other missing parts along the game development process.

However, every tool has different strengths and we see ours in rapid 2D game creation with the ability to build communities around your game.

We provide an ordered list of benefits V-Play has to offer for developers of other existing tools. This ordering originated from the developers' feedback of other tools  what they missed most in their old environment and which they have now found in V-Play.

What cloud services, monetisation options and similar are built into the V-Play engine?

We have been working on a backend service that allows leaderboards, achievements, challenges, level analytics, cloud sync and a credits system with in-app-purchase, which will be released in Q2 this year.

This is a pretty big update about which we have been sharing little details in our blog posts so far, and we cannot wait to make this available for our customers.

How is the engine be priced?

There is an unlimited free version available that allows you to develop the full game on your desktop PC and test it on your local iOS and Android devices. You can even publish with the free version for Windows, Mac OS X & Linux.

The Pro version permits publishing an unlimited amount of games for iOS & Android, access to daily builds and thus to the latest features and advanced support.

The annual price for the Pro version will be $599 per developer  but if you buy before 14 April, you can take advantage of our early bird discount and grab a one-year license for $299.

We also offer discounts based on the usage of V-Play: so active community members helping in the support forums receive up to a 10 percent discount for their next license period.
Thanks to Christian for his time.

To find out more about the V-Play engine, take a look at its website.