Clash of the clan makers: Space Ape on building the world's #2 mobile RTS 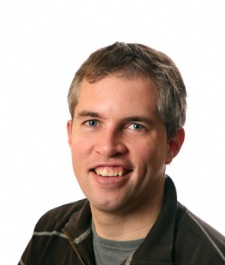 As befits the world's top grossing iOS game, there are plenty of developers looking to gain a slice of Clash of Clans'success.

Some are taking a cookie cutter approach, while others are looking to build on the genre, and finding a willing audience.

UK studio Space Ape released its Unity-powered Samurai Siege for iOS and Android at the end of September, gaining around one million downloads and 250,000 daily players to-date.

It's been steadily rising up the top grossing charts too; currently pushing its way into the US top 50 on iOS.

"We respect Clash of Clans a lot, but there are many refinements you can bring to the mobile multiplayer RTS space," says CEO John Earner.

"After all, Clash stands on the shoulders of titles such as Starcraft and Backyard Monsters."

Founded 12 months ago by leads from EA's Playfish studio - Earner ran its UK studio - and Toby Moore from Moshi Monsters outfit Mind Candy, Space Ape didn't set up to make this sort of game, however.

Its debut was Call It: Football; a real-time social sports betting app.

"We were running a three month beta, but it turned out, we didn't have a lot of passion for sports," Earner recalls. "Instead, in the evenings, everyone in the studio was playing strategy games."

But it wasn't until its soft launch that the experience shifted beyond being a Clash of Clans clone.

"We'd always had a strong focus on our single player campaign as a way of unlocking content, and the soft launch confirmed that bet," Earner explains.

The other element players loved were the Alliance Wars. These are 12 hours events in which four Alliances duke it out for the game's hard currency - diamonds.

"Before the soft launch, we hadn't spend much time on the Alliance Wars, but they became the focal point of our most active players," Earner says.

Of course, both elements have since had lots of time invested in them; something Space Ape will continue to build on.

"We're devoting our roadmap to them, especially Alliance Wars, which we plan to extend into multi-Alliance battles," he explains. "You'll really see Samurai Siege diverging from Clash of Clans over the coming months."

Yet, Supercell's game does continue to cast a shadow.

Earner says he thinks one of the reasons Samurai Siege is picking up players is that many advanced Clash players now have to wait weeks for their defensive units to upgrade so are active in checking out similar games they can play in the meantime.

"Players ultimately get tired, and while there are lots of bad Clash of Clans knock-offs, I don't think there's great number 2 in the market, yet," he adds.

The fact Clash of Clans finally came to Google Play as Samurai Siege was released for Android also makes that platform a more level playing field compared to iOS.

While Android revenue is described as "meaningful", as with most other developers, iOS gamers provide the bulk of Space Ape's sales.

"We're already profitable," Earner reveals, although it's a statement that needs to be contextualised in light of the $4.4 million dollars investment the company has raised.

It's also worth noting that Samurai Siege is one of the titles being published by Facebook, although Earner says Facebook's big marketing push for the game hasn't yet happened.

As for the future, he says Samurai Siege has already exceeded the company's expectations, but that it's only the first step on a long road.

In other words, watch this space (ape).