Your idea for a city builder isn't that original 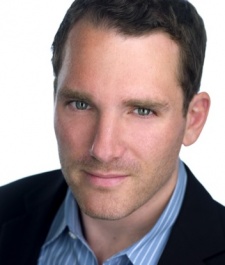 Patrick Walker is a senior analyst at EEDAR, a market research firm focused on the video game industry. Early this year, EEDAR launched a study which found some interesting trends in player satisfaction in regards to IAP spending.

Patrick Walker: Two events in 2013 stand out to me as especially symbolic - one event that demonstrated how far mobile gaming has progressed and one event that showed that despite that progression, how much control still rests with the platform holders.

The Supercell purchase by SoftBank announced to the world what those paying attention to the mobile gaming space already knew - the top mobile publishers belong in the same conversation as the traditional gaming heavyweights, like Electronic Arts and Activision.

The purchase of 51 percent of Supercell for $1.5 billion was significant not just because of the size of the deal but also because of the relative strength of the parties involved. While other deals in the social gaming and mobile space have had an air of desperation as companies struggle to maintain their user counts, this purchase felt like a strategic move made from a position of strength.

However, despite the growing revenues, the mobile game industry is still firmly in the grasp of a limited number of platform holders. This was brought firmly into focus when Apple removed AppGratis from the App Store in April 2013, two months after the company raised $13.5 million in funding.

On one hand, this showed that Apple is invested in maintaining control of its ecosystem, actively taking steps to curb much maligned rank bursting tactics. But it also put into perspective how many companies are tied to the whims of the Cupertino giant.

As Zynga learned firsthand, completely tying your success to a platform you don't control can be dangerous.

The dominance of the F2P business model in the app stores was an obvious 2013 trend. But 2013 seemed to be the year when even the most hardcore defenders of the premium business models accepted that F2P was the way to attain breakout success in mobile in the current ecosystem.

For EEDAR, this meant many talented studios are trying to implement F2P mechanics with very little experience in the business model. This led to a lot of opportunity and subsequent growth in our product line that evaluates and optimizes F2P game mechanics.

I am a big fan of NaturalMotion because the company continues to innovate even after the large scale success of CSR Racing. While it wasn't my favorite game of the year, Clumsy Ninja was a fun, innovative experience.

My personal favorite game of the year was Badland. I love the smooth mechanics, clever puzzles, stylish art design, and eerie audio. I'm glad to see the title is showing up in a lot of Best App of the Year lists, including winning Apple's iPad Game of the Year.

The F2P goliaths dominated the headlines and the conference talks, but many of the best achievements in artistic, innovative, creative, and fun game design in 2013 came from premium games.

For the industry- it's time for true innovation that leverages all the cool ways people can connect with each other on their devices. As someone who sees a lot of design documents across developers, I can proactively tell you your original idea for a City Builder probably isn't that original.