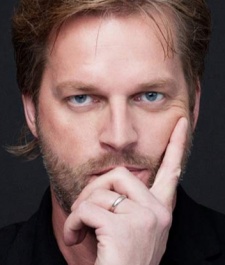 Ismail's main issue with GameOn was its focus on 'scalable' and largely free-to-play focused endeavours, while indie developers that focus on premium games - such as his own award-winning studio Vlambeer - would likely be 'discarded'.

In response, iQU founder and serial entrepreneur Reinout te Brake - who has a hand in GameOn - contacted us to take umbrage with Ismail's rebuttal. We caught up with him for his take on what the fund really means for the future of the Dutch Games scene.

Do you accept that drawing foreign companies to the Netherlands actually increases competition for home grown businesses?

We see that more and more companies from USA or Asia that want to land in Europe. Amsterdam would be great. Also the Dutch game industry could benefit if free-to-play knowledge lands in the Netherlands.

Why? Please mention one Dutch studio that is doing great in free-to-play. Then look around in UK, Germany, Sweden and Finland.

Isn't there also a risk that all the jobs foreign business brings with it will be lost should they find more favourable terms in rival territories?

Why? Once you land, you land. Think of Europe in total. The better we position ourselves against Asia and the US, the better it is.

Obviously, indies don't think about VC money, but I am hearing that the European investment strategy as done in Finland is getting interesting for American gaming companies too. Again, stimulate!

What type of studio would have an easier time securing capital through the fund: an emerging free-to-play developer or an indie premium developer with a proven history of success?

It depends. Premium if it's a franchise. If it's free-to-play, you need a runway to learn from your mistakes and you need to be agile to grow the business.

Building one new successful game a year is the same as Manchester Utd winning the title every season, right?

In your interview with Venture Beat, it seems like GameOn is looking to garner VC investment to help businesses scale before they're inevitably sold off at a profit. Is this the direction a government funded project should take?

We try to use our experience of the GameOn team, together with seed money.

We need to make sense for a international VC to invest. Growth funding, meaning using the money for marketing and recruiting.

Then if someone is interested to acquire the company - perfect, our investment makes a return on interest.

Isn't there a case to say a government funded scheme like GameOn should be investing in stability - quality studios that don't plan on being the next King or Rovio - to help the Dutch development scene grow more organically?

Holland has set up Dutch Game Garden. Maybe it'd be good to ask Dutch Game Garden what level of success it has managed to get in plain simple numbers versus how much money went in. That's not for me to judge.

Dutch Game Garden is an incubator that holds companies like Vlambeer. If Vlambeer doesn't want to grow further, I am still wondering why it still sits in an incubator program.

[Rami Ismail has since pointed out to PocketGamer.biz that Vlambeer is not part of the Dutch Game Garden incubator and has never been part of an incubator of any kind - Ed.]

After talks with Dutch Game Garden it isconfident that there is a great Dutch indie scene. If this is the case then GameOn should be able to find companies to invest in. We shall see in the months and years to come.

Based on previous comments you've made about focusing on free-to-play and replicating the success of Supercell, are you afraid that the development fund will send the message that the Netherlands is only interested in free-to-play?

[I have] no worries at all. I said free-to-play is an interesting business model.

The gaming industry is learning quickly and the freemium model gets more and more people excited by it. As I said to Rami [Ismail] earlier, if he has great companies with pay-to-play ideas, we are open to listen and learn.

Currently we have made our mark on free-to-play in the past and the industry has shifted to this free-to-play. Of course, do this interview with me in two years and, looking back, I might disagree. Free-to-play or pay-to-play - who cares? Getting a company in gaming started is difficult enough.

To make that easier is the reason for GameOn. To create jobs, we need more successful companies. To have these jobs filled in by people, we need good education.

Oh and by the way, Manchester Utd bought Van Persie. He was educated by Feyenoord. Think about our Dutch talent that could go worldwide. Get perspective I would say. I am orange, I am tulip - I am proud to be Dutch!